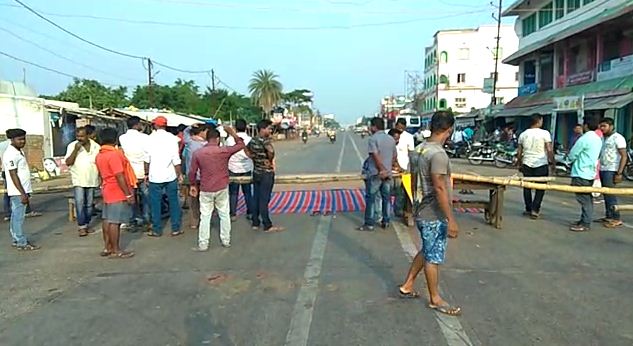 Kendrapara: An eight-hour bandh is being observed today in Odisha’s Kendrapara district, excluding the poll-bound Patkura area, over firing at a businessman.

The agitators are demanding arrest of those involved in the firing incident. Two unidentified bike-borne miscreants had opened fire at Tinimuhani Bazaar Committee President Vivekananda Moharana near Gulnagar bridge on July 13 night while he was returning home on a motorcycle. The accused are yet to be apprehended.