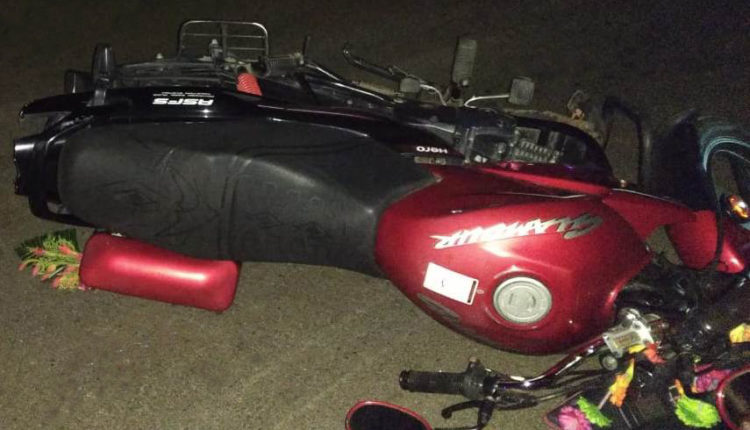 Berhampur: Death can come anytime! In an unfortunate coincidence, a man, who took charge as the manager of a bank in Ganjam district, lost his life on the joining day while another person, whom he succeeded, suffered critical injuries in a deadly road mishap.

On Saturday, one Bhagaban Sahu took charge as the Manager of Utkal Gramya Bank at Sonapur village under Golanthara police station in Ganjam district replacing Mahendra Tripathy. In the morning, both went to the bank, where Bhagaban was greeted as the new manager.  However, fate had something else in store for the new joinee. After finishing his first day, Bhagaban was returning to his house along with Mahendra in the evening. A goods-laden truck collided with their motorcycle from the  behind on NH-16 near Golanthara police station at around 7 pm.   When Bhagaban, who was riding pillion, was knocked down by the heavy vehicle, another speeding truck ran over him killing him on the spot.

On receiving information, Golanthara police reached the spot, sent the body for post-mortem and bagan an investigation into the incident.

“Bhagaban was earlier working at Utkal Grameen Bank Berhampur Municipality Branch. On Saturday, Bhagaban went to the Sonapur bank on Mahendra’s motorcycle  and took charge as the manager in the morning . Both were also returning together, when the mishap took place,” said Durga Charan Patra, brother-in-law of the deceased.