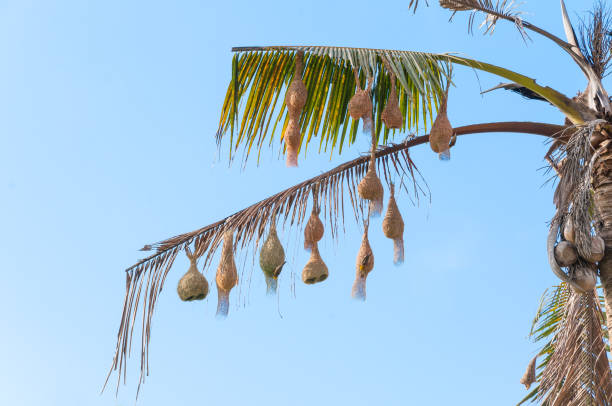 Bhubaneswar: Even as the Cyclone FANI destroyed the green cover in coastal districts of Odisha, the Baya weavers survived the wrath of disastrous wind.

A survey revealed that the number of Baya weavers has increased significantly even after the devastating cyclonic storm that hit Odisha coast on May 3.

The high turnout reflects the genuine concerns by the people not only for the state but also for the well being of its rich biodiversity.

The census showed as to how damaging Cyclone Fani has been on the breeding habitats of weaver species. The district of Puri, Kendrapada, Jagatsingpur and some parts of Khordha, which experienced maximum onslaught of FANI, showed blanks in most parts, which in the past years had counted healthy figures of weavers. On a few Palm trees and Coconut trees, which survived, the weavers especially Baya weavers Ploceus philippinus built their nests in big numbers, said Wild Orissa in a release.

The census was carried out between June 1 and July 15 to count three species of weavers, belonging to family Ploceidae — Baya Weaver Ploceus philippinus, Streaked Weaver Ploceus manyar and Black-breasted Weaver or Black-throated Weaver Ploceus benghalensis. This was the 4th consecutive weaver bird count in the state.

In 2018, a total of 11,676 weavers were counted comprising of the 3 species of birds as mentioned above.

The volunteers, guided by experts from Wild Orissa covered remote sites in the state, enabling to compile critical information helpful for conservation of weavers in Odisha.

Worth mentioning, Weavers are highly social birds; and are known for their nest-weaving skills. Among the three species of weaver birds, Baya Weaver Ploceus philippinus is the most familiar and common bird in the country. This species builds overhanging nests built in colonies, usually above water or in a well. The breeding season ranges between April and August. The male weaver appears yellow in breeding plumage, male builds their retort-shaped nests in colonies, they continuously sing during nest building.

Odisha: Discovery’s ‘Listen To The Sea’ to…