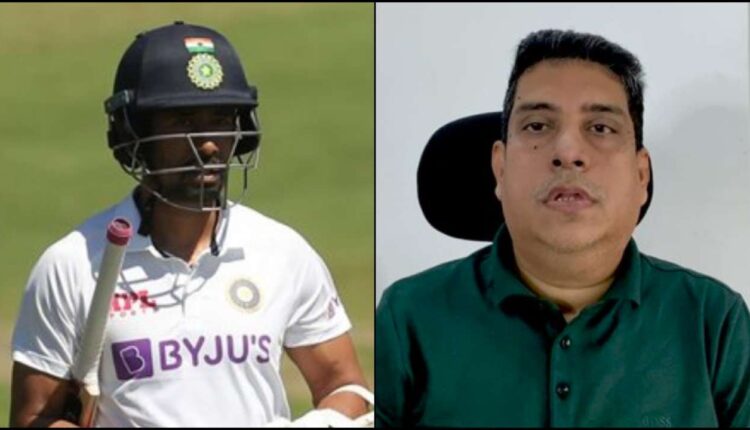 New Delhi/Bhubaneswar: The Board of Control for Cricket in India (BCCI) on Wednesday banned cricket journalist Boria Majumdar for a period of two years for intimidating Gujarat Titans and Team India wicketkeeper-batter Wriddhiman Saha.

Saha had taken to social media in March this year to share a screenshot of a chat with Majumdar whom he had not named in the post.

“After all of my contributions to Indian cricket…this is what I face from a so called ‘Respected’ journalist! This is where the journalism has gone,” Saha had written.

Following the incident, a BCCI committee was established to probe the matter. The three-member committee had met the veteran cricketer in New Delhi to get his statement.

“I have told the committee everything I know. I have shared all the details with them. I can’t tell you much right now. BCCI has asked me not to talk about the meeting outside as they will answer all your queries,” Saha had briefed the media following the meeting in New Delhi.

The committee, headed by BCCI vice president Rajeev Shukla, treasurer Arun Dhumal and councillor Prabhtej Singh Bhatia, agreed that for a duration of two years, Majumdar would be banned from getting accreditation as a member of the press in any match (domestic or international) in India and  from access to any of BCCI or member association-owned cricket facilities.