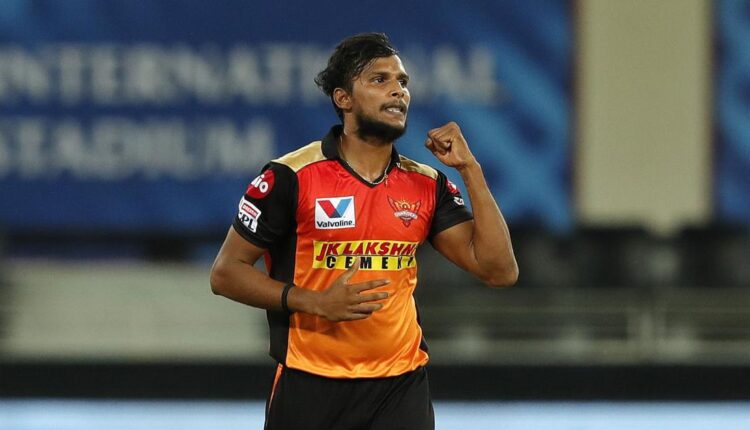 New Delhi: Covid-19 has come back to haunt the lucrative Indian Premier League (IPL) once again. Sunrisers Hyderabad bowler Thangarasu Natarajan became the first player of the UAE leg of the league to test positive just ahead of the team’s match against Delhi Capitals on Wednesday.

The development came as a shocker after strict measures were taken by the organisers to prevent any Covid-19 cases. The cricketers were in a bio-bubble, while the hosts decided to allow some crowds; leaving the Board of Control for Cricket in India (BCCI) worried.

“Don’t know how it happened. Players are under strict bio-bubble. We have told them to be more cautious now. We just hope no more cases come and disturb the proceeding (IPL). Yes, we are worried but there is no need to press the panic button right now. Let’s hope for the best. We are getting all the support in the UAE (related to Covid). They, too, are keeping a close watch on everything,” a senior BCCI official told IANS.

Asked if allowing crowds inside the stadium was the right decision, the official said, “SRH played their first match yesterday. And Natarajan tested positive before that� so the entire team was under a strict bubble.”

The BCCI went ahead with the match at the Dubai International Stadium as the other players have returned negative tests.

Earlier in May, the BCCI had suspended IPL 2021 due to a spike in the number of coronavirus cases inside IPL’s bio-bubble. After a lot of discussions, the board decided to shift the remaining matches to UAE due to the rise in the number of Covid-19 cases in India.