BCCI to ICC: Assure safety of players after slogan fiasco 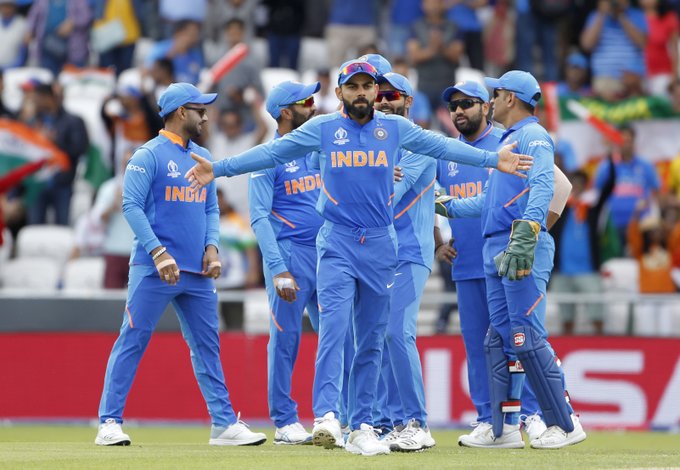 Leeds: Taking offence to the International Cricket Councils (ICC) inability to ensure foolproof security during the India-Sri Lanka game at Headingley Cricket Stadium as planes with different political slogans were seen flying over the stadium, the Board of Control for Cricket in India (BCCI) has written to the international body and asked for assurance that the safety of the Indian players and fans wont be compromised in the rest of the ongoing World Cup.

In the letter, in possession of IANS, the board has informed the ICC that it is not at all happy how three slogans were on display at various times of the final group stage match of the Indians at Headingley.

“On behalf of the BCCI, I would like to put on record that we take a very serious exception to the incidents that have taken place today. We request the ICC and the ECB to assure us that no such incident happens in the games ahead and that the Indian cricket team and the Indian fans will be provided full proof security,” CEO Rahul Johri wrote on Saturday.

ICC head of events Chris Tetley had earlier apologised to the BCCI on the mail.

“Thank you for your emails and yes, we are aware of the banners. After the two flights went over this morning, ICC issued the following statement: “We are incredibly disappointed this has happened again. We do not condone any sort of political messages at the ICC Men’s Cricket World Cup. Throughout the tournament we have worked with local police forces around the country to prevent this type of protest occurring. After the previous incident we were assured by West Yorkshire Police there would not be repeat of this issue, so we are very dissatisfied it has happened again.”

Have learnt from mistakes of 2017 Champions Trophy: Kohli

“Steve Elworthy was subsequently in contact with the national Aviation Minister to raise the issue and we were assured by the authorities that there would be no further flights today. At this point I cannot explain why or how the third flight took place this afternoon but we are investigating as a matter of utmost priority,” he explained.

Tetley even asked the BCCI to take the matter up with the High Commission of India in the UK.

“We are taking the matter up with the highest authorities. In order to add greater weight to this conversation, please would you be able to write to the High Commission of India in UK to draw their attention to the incidents and ask that they also raise the matter with their counterparts in the UK government?” he pointed.

The ICC has spoken to the police in Manchester and Birmingham and have been assured that it will be ensured to be a no-flying zone during the course of the two semi-final games in the two cities.