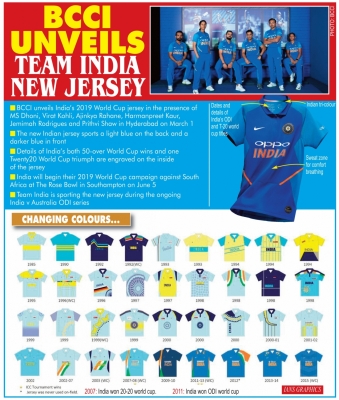 Hyderabad: The Board of Control for Cricket in India (BCCI) has launched the national team jersey for the 2019 ODI World Cup.

The dates on which India won two World Cup and World T20 titles are written on the jersey.

The Indian team will wear this jersey during the ongoing One-Day International (ODI) series against Australia.