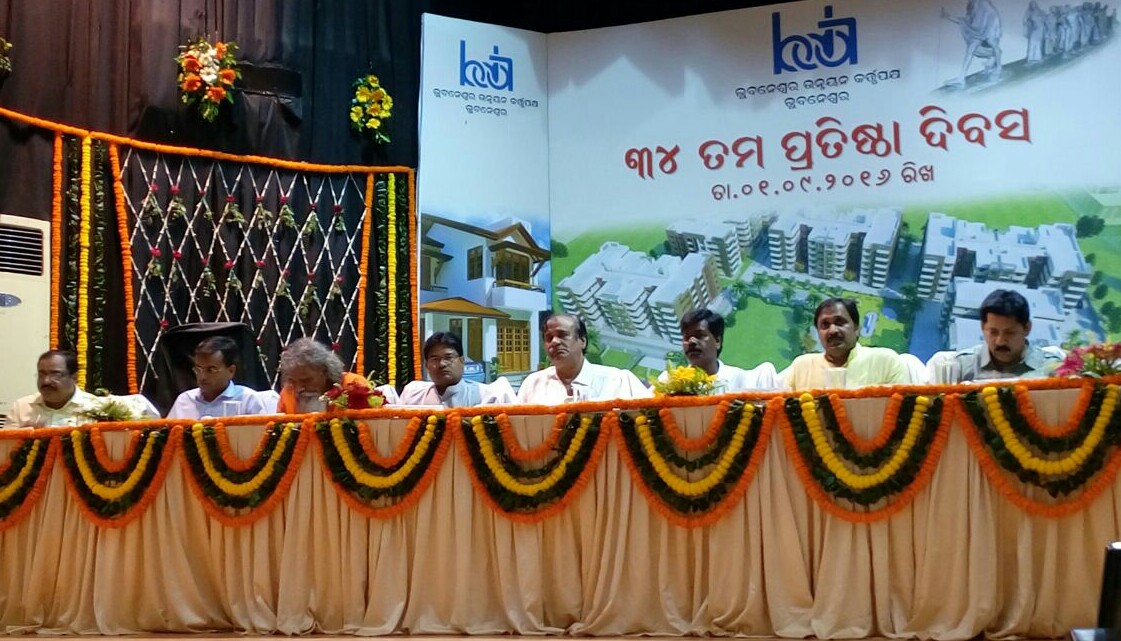 In order to accommodate the growing urban development pressure in the state capital, a second city is currently being planned at Jagasara on city outskirts. It will have a master plan to facilitate modern living for 32,000 people, the BDA announced.

Housing and Urban Development Minister and BDA Chairman Pushpendra Singh Deo, said, “After having the Smart City tag, we must work hard to ensure a city with better drainage and sewerage system. He also added that the Odisha Transferable Development Right (TDR) Rules, 2015 must be fully utilised to make the 10 drainage channels across the city fully renovated and minimise the chances of urban flooding.”

Speaking on the occasion BDA Vice-Chairman Dr. Krishan Kumar said, “With the introduction of 10 Open Air Gymnasiums BDA will now introduce three indoor multi-gyms as the one in Indira Gandhi Park is attracting a good number of visitors daily.”

He also said that eyeing the growing population pressure the city will have 48 town planning schemes in future so that the urban development scenario will see a quantum jump.

Emphasising more long-term projects for the city and to manage the future strategies the Bhubaneswar Urban Knowledge Centre under the Smart City project can act as a nodal centre.

The Vice-Chairman also said that the much-talked about Ring Road plan of 64.9 km will be on fast track through implementation of the Town Planning Scheme.

As per the annual report of BDA the coming financial year will have more focus on several important targets like preparation of Comprehensive Development Plan (CDP) for additional 351 villages under BDPA area, new zonal development plans for eight zones, draft publication of new Town Planning Schemes and preparation of Transferable Development Rights (TDR) schemes for additional amenities proposed in the CDP.

The Smart City Project will also have components like Satyanagar Institutional Core Redevelopment Project, Integrated Comprehensive Mobility Plan and upgradation of traffic signal system in the city and a lot of progress has been achieved in this regard.

It can be mentioned here that the development authority came to existence in 1983. During 1948 when the city was planned, the town planned had made the provision for 12,000 people. However, a time has come to go for a planning of 20 lakh people as the nearly 10 lakh population of the city has become over saturated.

Odisha to name road after Mother Teresa in capital city