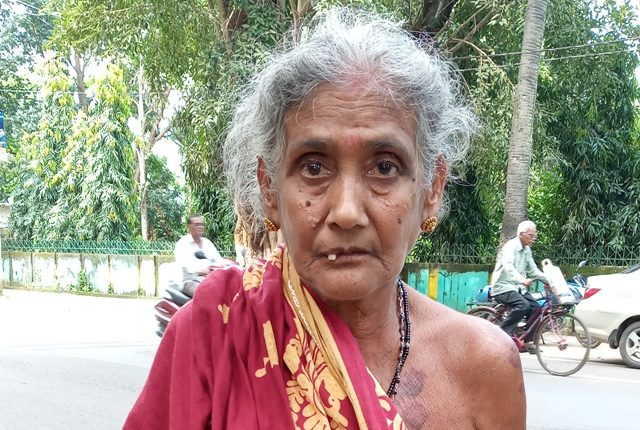 Phulbani: The value of maternal love seems to have declined with domination of money for which old age appears to be a curse for many in modern society.

Here’s a heart-rending incident reported from Phulbani town of Kandhamal district where a 70-year-old woman was beaten up by her son and daughter-in-law over a sum of money.

Being tortured and humiliated by children, the victim approached police seeking justice at old age.

According to reports, the elderly couple Utsab Nayak and Kuntala Nayak of Amalapada area has three sons and one daughter. However, they are staying with daughter as their sons expressed disinterest to keep parents with them. As part of their responsibility towards parents, the sons were paying some money to them every month.

While elder and second sons were giving Rs 1500 each per month, the youngest son was paying only Rs 1,000.

Sources said that the second son Ramesh Nayak of the couple had not paid his part of money in past two months for which Kuntala had visited his home to know the reason. When she asked his son for money, the latter along with his wife started assaulting her physically in front of home. Later, the duo dragged the old woman into the house and beat her up without mercy for demanding money.

Following the incident, Kuntala approached the Phulbani Town Police and narrated the tortured meted out to her by son and daughter-in-law. She also showed the injury marks on her body caused by the physical assault.

Acting swiftly, police asked the accused son and daughter-in-law to appear before the police station.

Meanwhile, the victim’s daughter-in-law has absconded from home after getting police notice asking her to depose before police.

Woman dies after being set ablaze by son, daughter-in-law