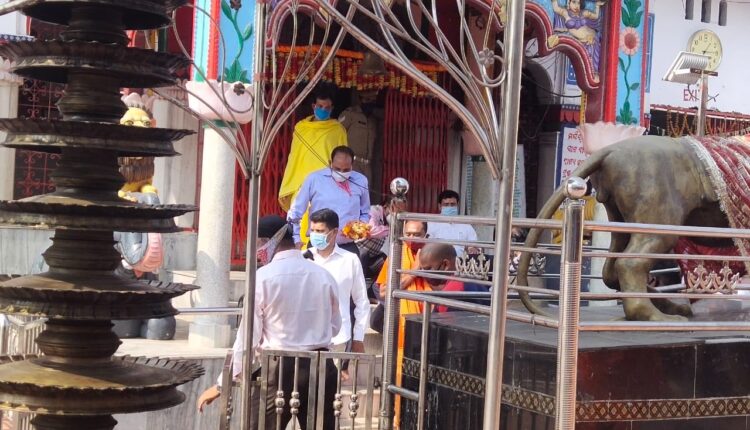 The Samaleswari Temple is all set to get a major facelift as the project includes development of a heritage corridor, Bhoga Mandap, accomodation facilities for devotees and tourists, and parking space.

[See Pics] This is how Samaleswari Temple will look like…

A special rehabilitation package will be announced for the servitors of Samaleswari Temple and those who will be evicted for land acquisition during the project work.

A target of two years has been set for the completion of the project which will be carried out under the 5T initiative of the state government.

Earlier, similar projects were announced by the Chief Minister for the Shree Jagannath Temple in Puri, Lingaraj Temple in Bhubaneswar, and Tara Tarini Temple in Ganjam.

Parks in Bhubaneswar to get makeover soon