Pique is a Powerful, Hard-to-tame Animal! 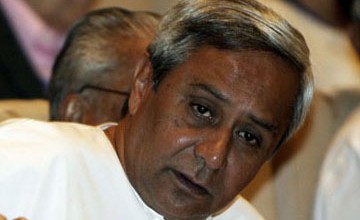 Pique is a strange emotion. It can rob you of your senses, your sense of right and wrong, your sense of proportion, your rational faculties, your reasoning – in short, everything that you need to be a level-headed person – and make you do things that you would otherwise never do. But when mixed with fear, it makes for a deadly combination that reduces you to an unthinking, wild, seething wretch.

This is what has happened to Naveen Patnaik, Odisha’s longest serving and hence the ‘most popular’ Chief Minister. After the High Court threw out the vigilance prosecution he had personally ordered into an act of ‘corruption’ former Odisha DGP and current DG, CRPF Prakash Mishra had allegedly committed when he was CMD of the Odisha Police Warehousing Corporation between 2006-2009,  anyone in his place would have read the writing on the wall, swallowed the bitter pill and sulked in the privacy of his home.

But then vanity has made mincemeat of people much greater than Naveen Patnaik. How could the man, who has never tasted defeat since he parachuted from his ivory tower down to the filthy, dog-eat-dog world of politics, accept defeat from a mere officer? How could someone who has trounced the likes of JB Patnaik, Bijoy Mohapatra and – more recently – Pyari Mohan Mohapatra go down so tamely to a mere officer?

Naveen could not have been so naive as to believe that he had a chance to get the stinging High Court verdict upturned in the Supreme Court. Even if he was, his legal eagles could have easily seen that he did not have a ghost of a chance of winning the appeal in the apex court and advised him accordingly. If he did not trust the legal brains in Odisha, he could have consulted (for a hefty fee, naturally) either Abhishek Manu Singhvi or Harish Salve – the two costly lawyers his government hired to fight its case in the Supreme Court – or any lawyer of similar standing to find out if he had a case. They could have told him that his appeal did not have a chance in hell of being upheld. He could have then swallowed his pride (and saved a few lakhs for the state exchequer in the process!) and gone ahead with the business of what he has been doing for 15 years – lording over Odisha.

But then pique is a strange animal that makes you do strange things!

Having read the key parts of the High Court verdict, I remember wondering at the time whether the Naveen government would go in appeal against the judgment. I knew the verdict, with its stinging strictures and veiled reference to his own role in the whole affair, had hit where it hurt him the most. And yet, I had concluded that as a mature politician, Naveen would choose prudence and move on. My conclusion was based on two basic premises. First, even I, a legal illiterate, could see that it would be a brave Supreme Court indeed which would overturn the High Court verdict. Second, the vigilance case had already served the purpose it was instituted for in the first place – preventing Prakash Mishra from becoming the CBI Director – and there really was no point on Naveen’s part to pursue it any further.

But then pique is a powerful impulse that is hard to tame!

Naveen was lucky that the High Court verdict came at the height of the state-wide outrage over the Brahma Parivartan fiasco. Because of the timing, a verdict that was perhaps Naveen Patnaik’s biggest embarrassment in his 15 years as Chief Minister (the verdict in the Vedanta case comes a close second) sank without a trace. There was no Assembly session at the time to worry about either. But instead of thanking Lord Jagannath for the small mercies and letting bygones be bygones, Naveen, like a badly injured player in a cock-fight, swore vengeance – unmindful of the further injuries it could cause to him. [One does not really know how badly the Supreme Court verdict has injured Naveen. But it has – or rather his obstinacy over it has – certainly cost Odisha dear. Two days of the ongoing monsoon session of the Assembly have already been washed out and the prospects don’t look very encouraging for the rest of the session.]

Since he does not trust political (or legal) counsel, at least his trusted bureaucrats could have advised him about the utter foolhardiness and the sheer foolishness of going in appeal to the Supreme Court against the verdict. But it seems they have perfected the art of telling him what he wants to hear – and not what he ought to hear – for fear of losing their preeminent positions in the Master’s scheme of things.

And pray what did Prakash Mishra do to deserve this kind of irrational, single-minded and no-holds-barred persecution? Is it the fact that he refused to do the customary kurnish before the Emperor every morning? Is it that he refused to take a bow before the bull in front of the idol of Lord Shiva (as others are more than willing to do)? Or is it, as Mishra said in his reaction after the High Court verdict on June 19, his ‘audacity’ in intercepting the police jeeps, 108 ambulances and other vehicles laden with sackfuls of cash meant for distribution among the voters during the last elections in May, 2014? For all knows, it could be a combination of all three because Naveen is nothing if not a vain man.

But it is also equally possible that the hounding of Prakash Mishra had to do as much with vanity as with fear: the fear of what he could do if he became the CBI Director. Remember, the decision to register the vigilance case against the upright officer was taken at a time when the chit find noose was beginning to tighten around Naveen’s neck. It was also the time when the search for the man to succeed the thoroughly disgraced Ranjit Sinha as CBI Director had begun in right earnest and Prakash Mishra had emerged as the most natural choice in view of his impeccable integrity to win back some of the sheen the agency had lost during Sinha’s reign.

There is no doubt whatsoever that the 2014 poll was the turning point in the Naveen Patnaik- Prakash Mishra relationship. Having seen during the elections that Mishra was not the kind of officer who would countenance flagrant violation of all laws, rules and norms (not to mention the election code of conduct in force), Naveen must have wondered; “If this man can do this to me when he works directly under me, I shudder to think what he could possibly do if he becomes the CBI Director!” The source of his consternation was not just the chit fund scam, but also the very real possibility of the Supreme Court ordering a CBI to probe into the mining scam as well, which could have been (and still can) be Naveen’s worst nightmare coming true. There was also the coal scam to worry about.

Blinded by anger and overcome with fear, Naveen decided to go after Mishra with a vengeance – which is neither usual nor desirable in a politician – to stop him in his tracks. The desperation to deny the man he had himself handpicked for the DGP’s post the opportunity to head the country’s premier investigating agency was so great that he did not think twice before surrendering, with all 27 party MPs in tow, to the man he had described as a ‘disaster’ only weeks ago: Narendra Modi.

But then pique can rob one of his vanity too!

[PS: Poor KB Singh! Experts say he has all but ruined his chances of becoming the DGP for being ‘more concerned in exhibiting his loyalty to the ruling political establishment’. But he need not worry, at least till Naveen Patnaik is the Chief Minister. He should take inspiration from the present incumbent who rose to the post despite being charged with playing footsie with criminals and even being suspended for the same!]

* Sandeep Sahu is the Executive Editor of odishasuntimes.com