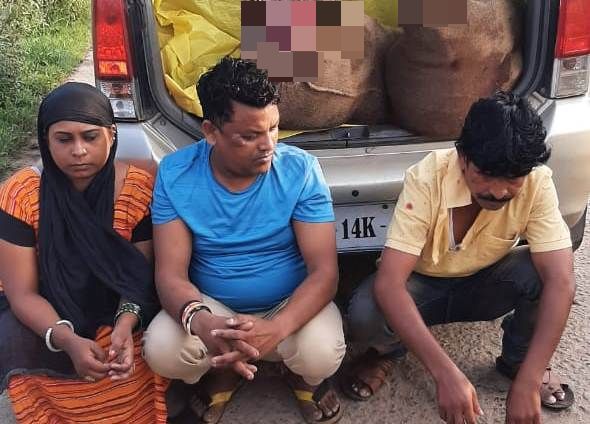 Rourkela: Police today seized multiple sacks containing beef in Odisha’s Rourkela city while those were being transported in a car and arrested three persons in this connection.

The arrested have been identified as Hashmi Naaz, Muhammad Firoz and Khalid Qureshi of Lathikata.

According to reports, the beef was being transported from Lathikata to Rourkela in the car when some members of Bajrang Dal intercepted the vehicle near Panposh. A heated exchange of words erupted between the occupants of the car and the Bajrang Dal members.

The incident took an ugly turn as one of the occupants of the vehicle attacked a Bajrang Dal member severing a finger of the latter. The victim, identified as Akash Nayak, has been admitted to the Rourkela Government Hospital (RGH) for treatment.

Police have seized the car and started an investigation into the incident.

Too much hand sanitiser can lead to severe hand dermatitis