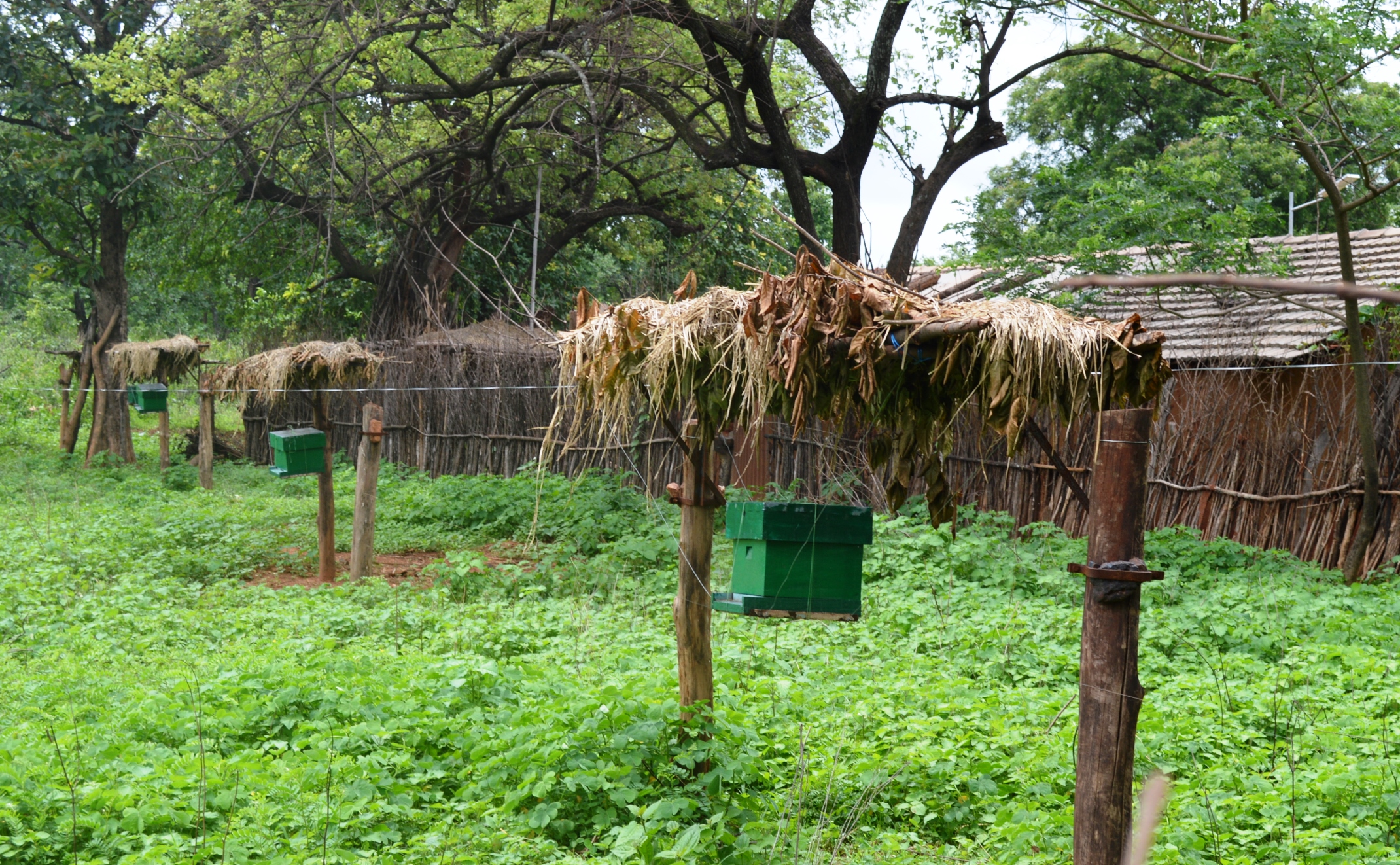 Joda: In a bid to prevent human-elephant conflict, a unique initiative of beehive fencing has been implemented at Sargitolia village at Joda in Odisha’s mining-rich Keonjhar district.

Joda block being an elephant prone area, cases of human-elephant conflict is common. Deforestation, degradation and fragmentation of their natural habitat are the result of rise in human-elephant conflicts. This in turn has landed the Asian elephant a secured position on the list of endangered species. Incidents such as damage and destruction of property, raiding of farmers’ crops and incidents involving injuries and sometimes death of people or elephants have become more frequent.

Basis the research on ‘save elephants’ by a foreign university, it was observed that elephants naturally avoid bees so as to avoid the risk of bees to enter into their trunks. Beehive fencing concept was the outcome of this research.

The design of beehive fencing incorporates locally constructed beehives, which are strung intermittently between wooden poles to compose a primitive fence. When elephants bump into the fence and disturb the associated hives, it forces the bees to come out and sound around elephants. As a result, the elephants flee from that area.

The project has been implemented on a pilot basis at Sargitolia village, where a hamlet of the village has been fenced with beehives. This village is very frequently affected by elephants, causing damage to house and property. This project is a win-win solution for the farmers as they can protect their houses and crops without any conflict. Moreover the villagers have been imparted training on extraction of honey from these beehives which has provided a source of income to them by selling honey.

Speaking about the implementation of the project, Pankaj Satija, General Manager (Ore Mines & Quarries), Tata Steel said: “By using beehives as a deterrent strategy, the bees are not only helping to create harmony in a situation of conflict but also improving the biodiversity and helping us create a better world for all forms of life. This new technique is a unique step which will help in deterring elephants for entering the field and also will help in improving pollination for agriculture and other flora.”