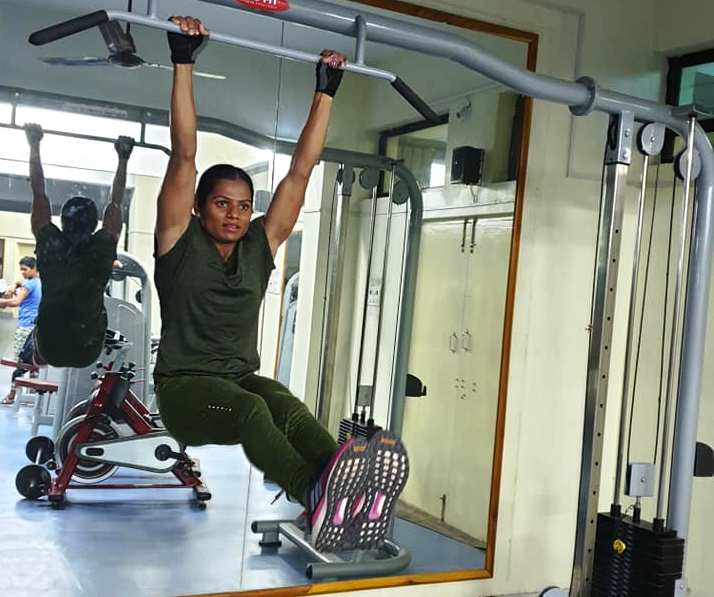 New Delhi: Dutee Chand is part of the Indian contingent that will be going to the 2019 IAAF World Athletics Championships to be held in Doha, Qatar which starts on September 27.

When Qatar hosts a sports event, conversations invariably veer as to how the athletes can cope with the temperatures and conditions they will find there.

The tiny middle eastern nation is known for its scorching summers, with temperatures often hitting 50 degrees celsius in the capital city of Doha.

At the time the World Championships will be held, temperatures are expected to be hovering around 35 degrees Celsius but Dutee is not too worried about it.

“The climate I will find there will be very similar to what is there in Bhubaneshwar. My event will be happening in the night and so I am preparing my body accordingly,” Dutee told IANS on the sidelines of an event for Fitness First.

The 23-year-old sprinter, who entered the Worlds team by virtue of an invitation from the International Association of Athletics Federations (IAAF), will be taking part only in the 100m event in Doha.

She has been training in her home state, Odisha, as opposed to the Gachibowli stadium in Hyderabad which has been her training base for the past few years.

In Bhubaneshwar, Dutee has been undergoing late evening training in an attempt to replicate the conditions she will find in Doha. “I have been training at around 9 p.m. because I think my event there should be happening at around 11.30 p.m. local time,” she said.

Add to this the fact that Dutee has experience of running in Doha. She won a bronze in the 100m event of the Asian Athletics Championships that was held in the city in April this year.

“The weather had suited me very well when I had gone there for the Asian championships so I don’t expect too much of a difference now,” she said.

Dutee said that her primary objective is to match her best time of 11.24 seconds — a national record — but she also has an eye on the final.

“The last time I had participated in the World Championships was in 2017 and there I was not able to reach the semi-finals. This time I have kept a target of either matching my best time or reaching the final,” she said.

The ace sprinter has been in the news for developments in her life off the track as much as on it. She revealed in May that she has been in a same-sex relationship with a girl from her hometown.

“She never comes to the track but she has been with me. She has been motivating me. It is important that a person be relaxed so as to be happy and she tries to do exactly that for me,” she said.

Her decision to come out led to her being hailed as a trailblazer around the world. However, she has spoken about the repercussions of doing so within her family.

“I am minding my business, they are minding their’s. I have to stay in the city because of my profession. There hasn’t been any problems for now,” she said.