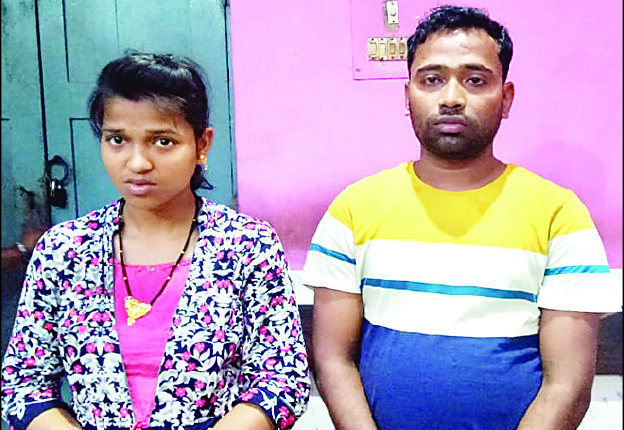 Cuttack: The Twin City Commissionerate police arrested a married couple from Odisha capital last evening for allegedly duping more than 15 people of over Rs 50 lakh after befriending them on Facebook.

The arrested have been identified as Muralidhar Altia (29) of Laigaon area in Boudh district and his wife Tanaya Ganga (25). Police have seized four mobile phones and three debit cards from their possession.

According to police sources, the accused duo had created multiple fake Facebook profiles having different names and sent friend requests to several persons on the social networking site.

After getting befriended with them on Facebook, the couple used to collect money from them on various pretexts. In one such incident, Tanaya, posing as a different person namely Subhasmita Mishra, had collected Rs 70,000 from Madhusudhan Tripathy, a havildar of the Odisha Industrial Security Force (OISF), on the pretext of pursuing MBBS course.

On realising that he has been duped, Tripathy lodged a complaint in this regard at the Chauliaganj police station here. Acting on the complaint, police conducted raids at various places and apprehended the two from Laxmisagar in Bhubaneswar yesterday.

They have confessed to the crime during interrogation, police sources said.

Odisha: Four students among 7 injured as auto-rickshaw plunges into gorge