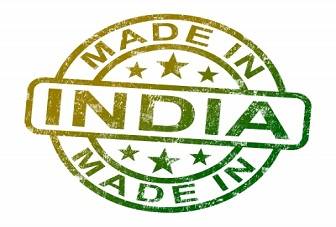 A few minutes into my presentation on the achievement of Indian economy and the prospects of our flagship economic programmes such as Make in India, Digital India and Smart Cities, I overheard a gentleman, to my right, murmuring to another, “He’s talking about India and Indians, not Amerindians”. As I continued speaking, a sense of disquiet trickled down my spine. This was a paid event, serious, where participants had to purchase tickets to attend the seminar. I was surprised the participant did not know before attending the event that it was on India, one of the fastest growing economies of the world.

This is not the first time I’ve been vexed in Canada. In the last over one year, I have met crowds and highly successful personalities who have struggled to place India on the globe. Apart from the successful Indo-Canadians, I have encountered three kinds of people: those who know India well, visit India frequently and do business with India; those who know India as a distant Asian country, somewhere near China, Japan and the Himalayas and wish to visit India at least once in their lifetime, and finally, the uninformed lot; for them Asia is only China and Japan; and anything “Indian” pertains to the pre-Columbian American civilization, loosely referred to as the American Indians or “Amerindians”. I guess the size of such a group is not small enough to be ignored.

After the event, I tried playing devil’s advocate and asked myself – “Why should somebody in this part of the world need to know about India, a faraway land somewhere in the East? What would he miss if he did not learn about India? How important is it for a Canadian of non-Indian origin to learn about the developments in India? Is India making any noteworthy difference to their lives that it is imperative for them to know about India?”

Canada as a nation is bestowed with resources, technology and innovation. It is a middle power and a G-7 country. Over 70% of its foreign trade is with the US; the rest with China, Japan and others. Over 20% of its GDP comes from goods exported to the US. Both countries share the longest land border of the world and daily trade between the two is worth about US$ 2.5 billion. Security cooperation between them is wide and deep. Compared to this, India is an eighteen-hour-flight-distance away and the annual India-Canada bilateral trade is worth US$ 6 billion, equivalent to two and half day’s business between Canada and the US. Sometimes, one really wonders whether Canadians, especially the working class, need to bother at all about India. It could therefore be quite possible that when they hear “Indian”, their immediate attention reverts to their own history of the indigenous population, the “Amerindian”.

It’s also natural that if we do not make a difference to the lives of other nations, some people of the world will not recognize us, even if we yell at the top of our lungs, “We are Indians, one of the fastest growing economies of the world and one of the four major ancient civilizations with a history of over 5,000 years!” I dream that some day we as a nation and as a people will be in a position to make a difference to the life of the common man in the remotest part of the arctic.

On a lighter note, these days, I am telling my Canadian friends, “Look! today, every fifth person on the planet is an Indian and even if you don’t bother us, and I know you won’t, we will certainly bother you!”