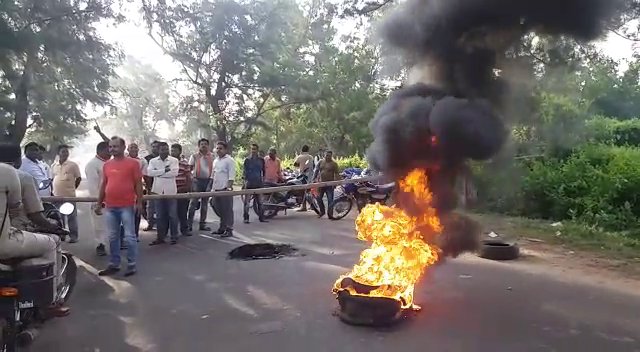 Konark: Normal life was disrupted in Konark as the BJP’s Mahila Morcha launched 12-hour bandh across the city protesting prostitution and gang rape of a woman belonging to West Bengal.

The shops have remained shut and vehicles were off the roads causing inconvenience to the locals and tourists flocking the Sun Temple.

Tourists suffer due to Konark bandh in Odisha

The woman’s wing of the saffron party called for dawn-to-dusk bandh demanding immediate arrest of the accused.

“We demand the Arka place ‘Konark’ to be declared a prostitution-free region for the safety of women and arrest of the kingpin,” said a member of BJP Mahila Morcha.

She alleged the police of not taking action against the accused and kingpin under pressure from the ruling party.

“If the prostitution will continue in Konark, the small traders, who are depending on the tourists, will be hugely affected as one day the tourists will stop visiting the place,” she said.

Notably, the woman hailing from West Bengal was allegedly gang raped after being held captive by a youth for 10 days in Konark this month. The survivor was rescued by the police and locals from a closed room at a market complex on Oct 17 in critical condition.

The victim told the Konark police that she was lured to Odisha on the pretext of a job one year ago but later she was raped by more than 10-12 men and forced into prostitution.