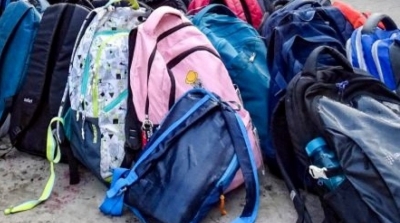 Bengaluru: A routine exercise of checking school bags in Bengaluru schools revealed shocking facts of the students being in possession of condoms, contraceptives, cigarettes and whiteners.

Incidents such as consuming alcohol, having shots of vodka in schools have become quite common these days. But, what is disturbing is that substances are found, says D. Shashikumar, general secretary of the Associated Managements of Schools in Karnataka (KAMS).

Shashikumar told IANS on Wednesday that this is just the tip of the iceberg.

The schools have decided to send these children on a 10-day holiday. The managements have also decided to keep the information confidential and arrange counselling for the students and their parents. The checking was conducted mainly in the schools located on the outskirts of Bengaluru.

The condoms and contraceptives were found in the bags of Class 10 students, both boys and girls. Upon questioning, the students without any hesitation told the teaching staff that they needed to have some fun amid their tight schedule, sources said. The behaviour is also attributed to the isolation period of two years during the Covid pandemic as the children spent most of their time with electronic gadgets.

The parents and school managements conceal these facts fearing getting a bad reputation. There are small children who are drug peddlers. If the matter reaches a high-level committee, we will speak about it, Shashikumar said.

It was a routine exercise taken up by the school managements as per the advice of KAMS. In a meeting these facts were discussed in the interest of students. “I made a submission to the Child Welfare Committee in this regard four days ago but there has been no response,” he said.

The parents are helpless and the teachers are reluctant as the slightest questioning of children amounts to an offence these days, Shashikumar said.

Sources in the education ministry said that they have not received any complaints in this regard so far.