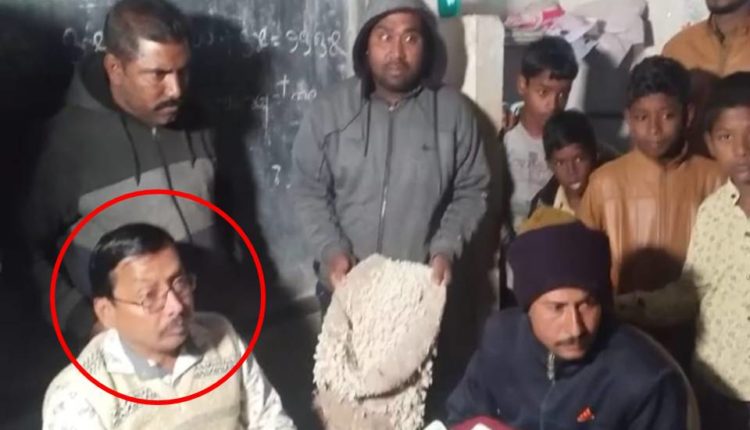 Umerkote: A Block Education Officer (BEO) was allegedly beaten up by villagers over the quality of mid day meal rice being supplied to Pujariguda Primary School under Umerkote block in Nabarangpur district today.

As per reports, residents of Pujariguda village had called up BEO Shree Sarkar yesterday to lodge a complaint alleging supply of insect-infested rice to the school for midday meal. The BEO got caught up with a meeting at Nabarangpur and was unable to reach Pujariguda Primary School to inquire the charges.

Again the villagers called up the BEO at around 8 am today over the issue. Following this, the BEO accompanied by CRCC Indranila Kar reached the school at 9.15 am.

By the time the BEO reached the primary school, villager had locked the school gate. When the official asked them to open the gate, the villagers allegedly verbally abused and thrashed him. Later the irate villagers locked up the BEO in a school room for around five hours.

After being released, the BEO filed complaints against Mithun Mandal and Basudeb Sarkar of Pujariguda village at the Umerkote police station.

Two killed in firecrackers explosion at religious rally in Punjab