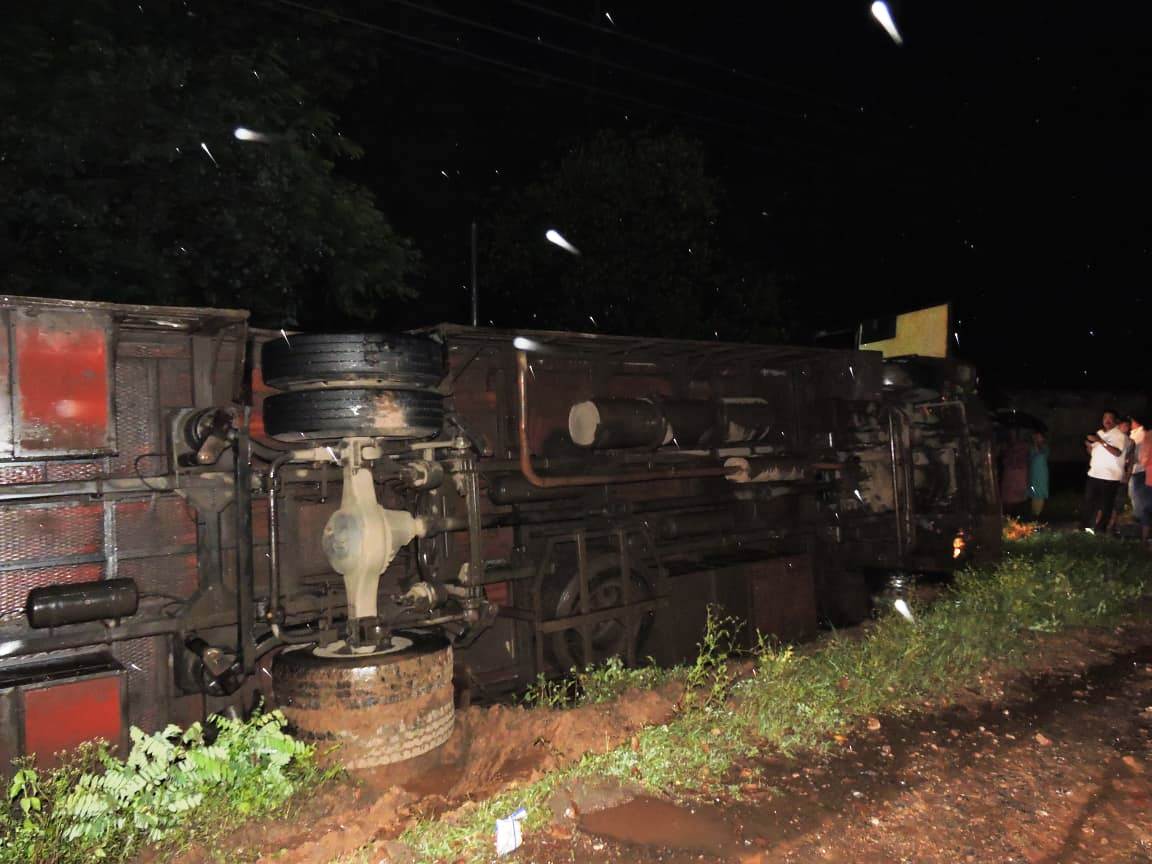 Though no casualty was reported, at least 15 passengers suffered grievous injuries in the accident.

Reportedly, the bus named ‘Kalia Kahnu’ was going to Berhampur from Rourkela, when the driver lost control over the vehicle, following which it overturned near Biringitola. All the passengers were rushed to a nearby hospital for treatment.

Later, a firefighting team was pressed into service for rescue operation.