Berhampur to Bollywood: Choreographer Sunit shakes a leg with Amitabh Bachchan in ‘Uunchai’ 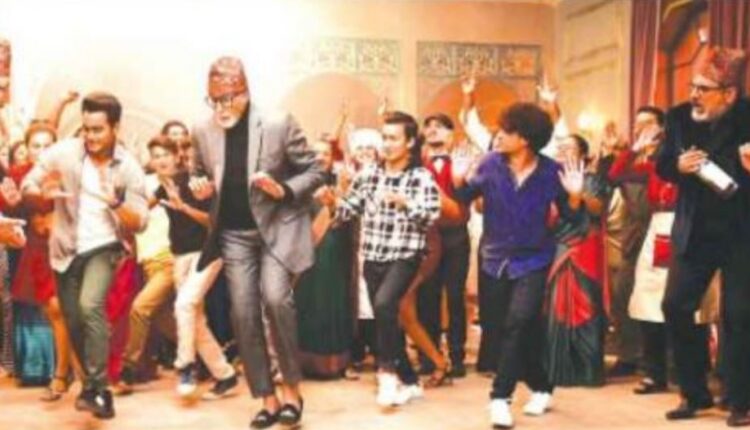 Berhampur: Sunit Kumar Das from Odisha’s Berhampur has not only accomplished his dream of becoming a successful choreographer but also made it big as he worked with megastar Amitabh Bachchan in ‘Uunchai’ movie.

Carving a niche for him in the B-Town, Sunit has been working as an assistant choreographer in the film industry.

He can be seen shaking a leg with Amitabh Bachchan in the song ‘Keti Ko’ of the film. The number also features Anupam Kher, Boman Irani and Danny Denzongpa.

He has been a part of Race 3, Fukrey Returns, Friday, Dhadak, Genius, Baaghi 2, Yamla Pagla Deewana and Thugs of Hindostan movies.

He has also done choreography in many TV serials and worked in various reality shows and commercial advertisements.

Hailing from Shakti Nagar in Berhampur, Sunit was initially a member of India’s Got Talent fame Prince Dance Group. His journey in Bollywood commenced in the year 2013 and he has never looked back since then. Sunit has been residing in Mumbai since 2016.

His interest towards dance came to fore while he was studying in Class-IX as he started learning steps watching videos. He then got admitted in Rhythm Dance Academy, where he was trained by Apna Moharana.

Expressing his urge towards working in Odia film industry, Sunit said he has been waiting for a suitable offer to work in Ollywood.

My firstborn child died in my arms, I felt his last heartbeat: Musk