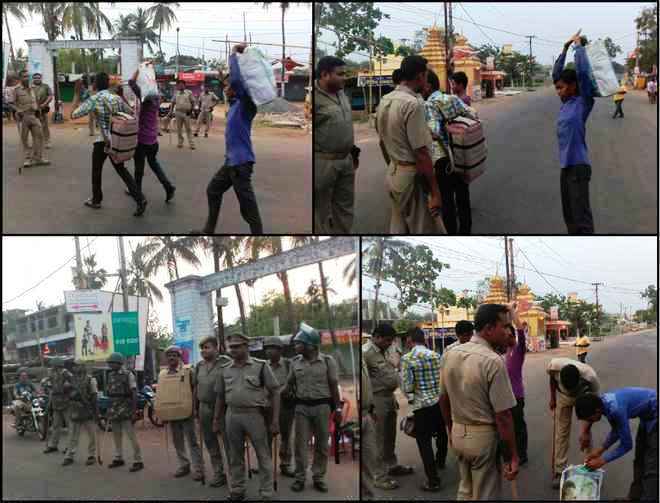 “Some miscreants are circulating rumours through social media to escalate the communal tension in Bhadrak. State Crime Branch has been directed to take up investigation and register case against those responsible for circulating messages in social media like WhatsApp. Stringent action will be taken as per law against those responsible for spreading rumour,” Chief Secretary Aditya Prasad Padhi warned.

General public are advised not to believe such rumours and refrain from circulating such type of messages, he added.

Notably, the coastal Odisha town town is on the boil over blasphemous posts on Facebook. Communal violence broke out in the town on Thursday spilling over to other areas in the district prompting the state government to impose prohibitory orders under section 144 of CrPC.

Meanwhile, curfew has been in force in the town and extended till 8 AM tomorrow.

Earlier in the day, 15 platoons of state police had conducted a flag march to contain the violence. Besides, Centre has dispatched 2,000 paramilitary personnel to aid the local administration to restore normalcy.