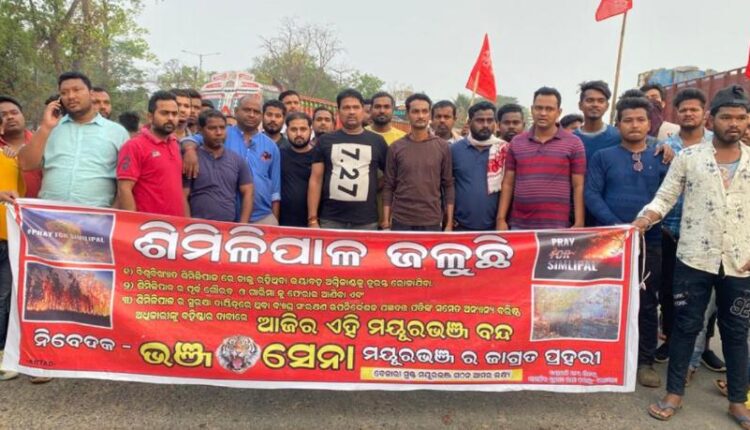 Baripada: Local outfit Bhanja Sena is today observing a nine-hour bandh in Odisha’s Mayurbhanj district over the wildfire in Similipal National Park which was yet to be extinguished completely.

Members of the outfit staged road blockade on National Highway in the district by burning tyres, thereby disrupting vehicular movement. Hundreds of vehicles remained stranded on both sides of the road.

Educational institutions, shops, and business establishments remained closed in the district due to the bandh call.

The Bhanja Sena has demanded that the state government should take adequate steps for dousing the flames as soon as possible. They also demanded dismissal of some Forest Department officials of the Similipal Tiger Reserve (STR).

Congress, CPM, and CITU have extended support to the bandh.