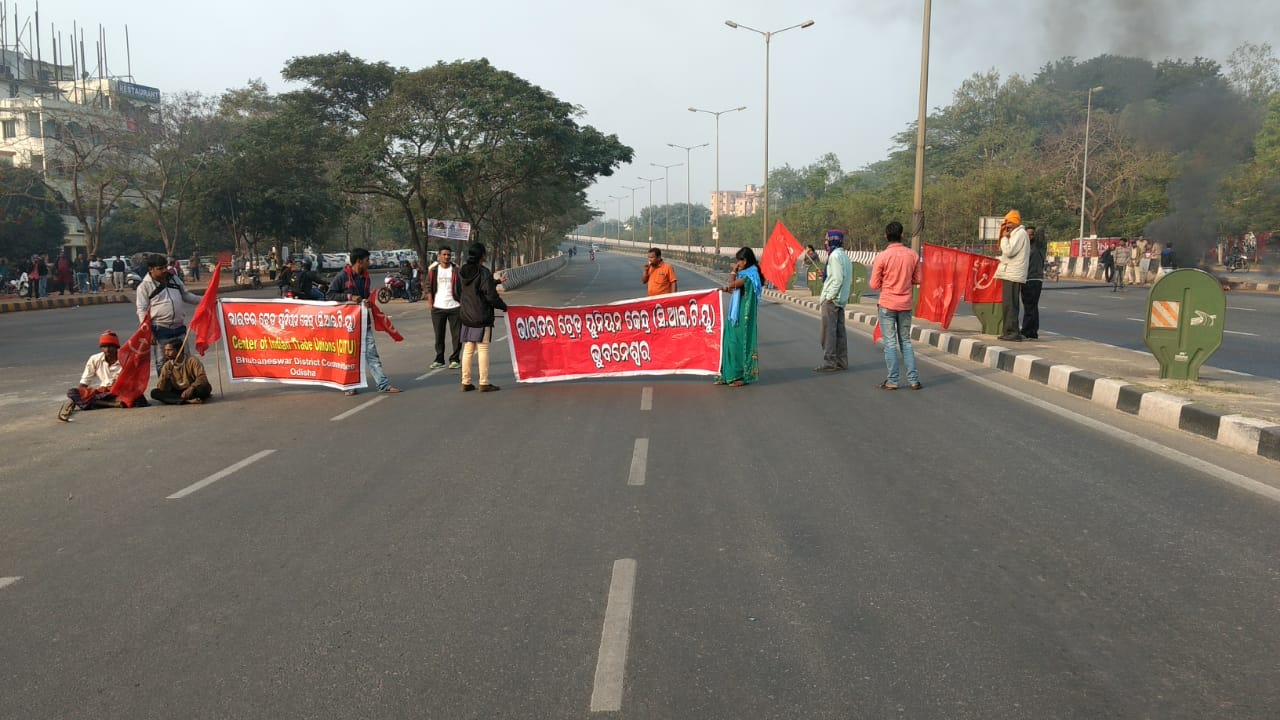 While many shops and business establishments remained closed, the State Government had yesterday declared closure of all educational institutions for today.

Movement of vehicles, especially heavy ones, came to a grinding halt across the state. Commuters faced severe inconvenience due to the bandh while many passengers remained stranded at bus stands as buses remained off the roads.

Odisha’s ruling Biju Janata Dal (BJD) and Congress have extended their support to the bandh in Odisha.

Notably, the trade unions are protesting against the alleged “anti-labour, anti-people and anti-national policies” of the Narendra Modi government. In a press release, the CITU said the BJP government had made “desperate attempts” to make “gross pro-employer changes in labour laws” ignoring the viewpoints of trade unions.

“Unilaterally and through arbitrary notification on fixed term employment through executive order on the one hand and through gradual replacement of workers by apprentices in various establishments on the other, the very concept of regular employment and job security is being sought to be wiped out from the workplaces,” it said.

“Now the Cabinet has come out with amendments in the Trade Union Act, 1926, which are irrational, highly discretionary and extremely damaging to the independent functioning of unions. It is designed with the dubious intention to cripple unions, to promote pocket unions or tout unions.”

The CITU also took a dig at the FDI policy, saying it was aimed at “looting the national assets and resources on the one hand and destruction of country’s economic base on the other”.

The trade unions demanded fulfilment of a 12-point charter of demands including inflation control, minimum wages, social security schemes, stalling privatisation of government enterprises, discontinuation of foreign investments in railways, banks and insurance sectors and jobs for unemployed youths among others.