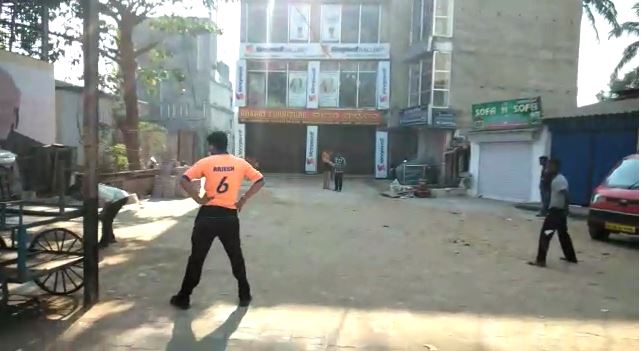 Bhubaneswar:  As per the Bharat bandh call given by Confederation of All India Traders (CAIT) over various issues, including e-way bill and GST,  shops and other business establishments have downed their shutters across the state today.

However, essential services and vehicular movements have not been affected due to the shutdown.

Impacts of the strike is being seen at various places, including the Twin City, Rourkela, Balasore and Berhampur. In Bhubaneswar, major markets located in Unit-I and II, Bapuji Nagar and Kalpana have remained closed.

The 12-hour band will be observed till 6 PM today.

“The Government claims GST as a simple taxation process, but there are a lot of complications in it. Till yet, the Government has made 950 amendments in the GST Act. But none of them is easing our work. We are not opposing the GST but we are against  the amendments,” said a protesting trader in Rourkela.

Worth mentioning, the Odisha Byabasayee Mahasangha yesterday extended its support to the bandh call over various issues, including GST, e-way bill, FASTag and fuel price hike.  Around 20 lakh shops and business establishments have remained shut in the state.

Earlier yesterday,  the state Government directed all district administrations to take preventive measures to avoid any untoward incident during the protest.