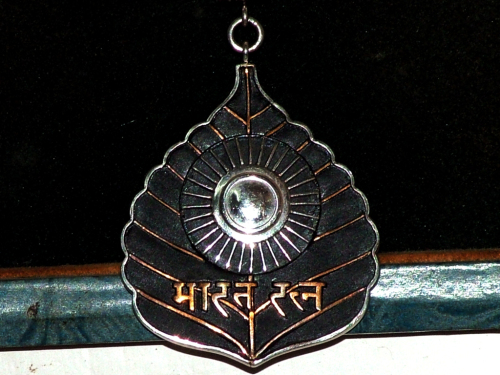 New Delhi: The Government on Friday night announced Bharat Ratna for former President Pranab Mukherjee, a Congressman all his life, Nanaji Deshmukh, one of the founders of BJP, and eminent Assamese poet and musician Bhupen Hazarika on the eve of the country’s 70th Republic Day, choices that were perceived to be weighed heavily on personalities with an eye on the coming Lok Sabha elections.

So far 45 eminent personalities have been conferred with the Bharat Ratna and the total goes up to 48 with Friday’s announcement.

The surprise pick among the three was Mukherjee, who demitted office of President in 2017, and had a good equation with Prime Minister Narendra Modi during the two-and-a-half years he was at the helm in Rashtrapati Bhawan during NDA government.

The choice of Mukherjee, who hails from West Bengal, and the late Hazarika, an eminent son of Assam, is in tune with the BJP’s mission of cornering a good chunk of seats in the East and the northeastern parts of the country where the Citizenship Amendment Bill has created problems for the BJP. Mukherjee’s choice also indicates that he could still play a political role after the Lok Sabha elections in case of a hung Parliament.

Mukherjee (84), who reached new heights in political career as a Congressman, had also stirred a controversy last year when he attended an RSS event at its Nagpur headquarters.

Hazarika who died in 2011 at the age of 85 years, was a poet, playback singer, lyricist and filmmaker all rolled into one, and his works were marked by humanity and universal brotherhood. He had introduced culture and folk music of Assam into Hindi cinema at the national level.

The third choice of Bharat Ratna for this year, Nanaji Deshmukh, was an RSS pracharak who rose to become in-charge of Uttar Pradesh in the sixties, and was later one of the architects of the BJP in the 1980s.

Deshmukh had founded the Deendayal Research Institute (DRI) in 1972 to validate the philosophy of Integral Humanism propounded by Deendayal Upadhyaya and after retirement from active politics, he initiated the Chitrakoot Project, a campaign for self-reliance.