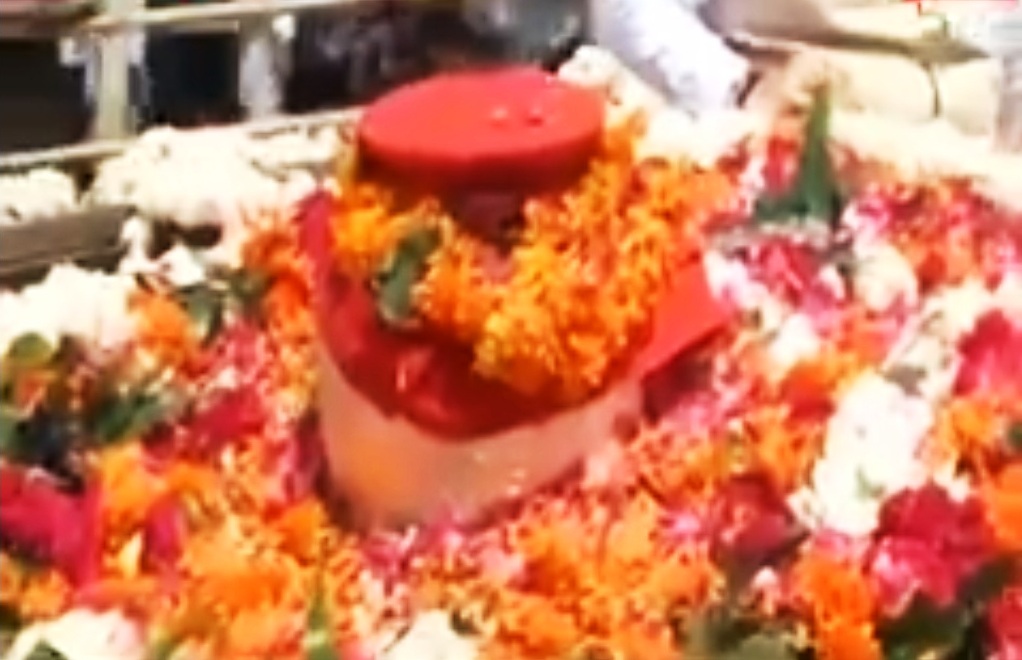 Bhubaneswar: The ashes of Bharat Ratna awardee and former Prime Minister Atal Bihari Vajpayee will be immersed in major sacred rivers in Odisha.

As per the decision by BJP’s central leadership, the party leaders from Odisha will receive the urn carrying the ashes of BJP Patriarch Vajpayee from the party president Amit Shah in New Delhi.

The urn will be kept for public darshan at party’s State headquarters after the BJP leaders arrive in Bhubaneswar.

The ashes will be immersed in the major rivers including Mahanadi, Baitarani, Brahmani and Rushikulya in phases.

People, who have not paid their last respects to Vajpayee, will be able to have darshan of the urn at state headquarters.

According to reports, the urn carrying ashes was scheduled to be brought to Union Tribal Minister Jual Oram at his residence in New Delhi yesterday. As Shah was busy in immersion ceremony at Haridwar, the ‘asthi kalash’ could not reach the union minister’s residence.

Earlier on Sunday, Namita and Niharika collected Vajpayee’s ashes from the Smriti Sthal in New Delhi.

Three urns carrying the ashes was first taken to Prem Ashram in Haridwar and then to Har-Ki-Pauri for immersion.

The most charismatic leaders in independent India Vajpayee passed away at the AIIMS on August 16 at the age of 93. He was cremated with full State honours at Rashtriya Smriti Sthal on August 17 in New Delhi.

The ashes of the legend will be immersed in 100 sacred rivers across the country including in Uttar Pradesh, Andhra Pradesh, Gujarat, Odisha, West Bengal, Punjab and Telangana.

12 critical as mini truck skids off Gailo Ghat in Deogarh