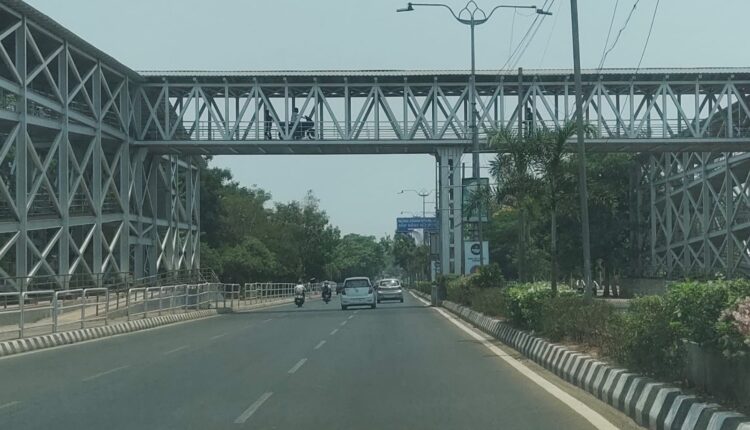 Bhubaneswar:Riding a motorcycle on the foot overbridge near Kalinga Stadium in the state capital proved costly for two youth as the Commissionerate Police detained the duo for the offence.

A case has been registered against the youth, who are residents of Salia Sahi here, under the MV Act.

Reportedly, one of the youth was found riding the two-wheeler on the overbridge with another sitting pillion, creating inconveniences for commuters. They also took selfies from there.

Acting on a complaint lodged by the Sports Department, police detained them for misusing the public property and creating nuisances for general public.