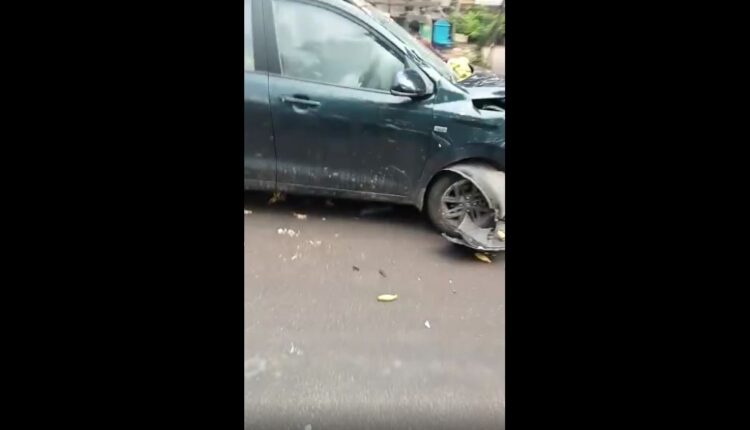 Bhubaneswar: A banana vendor died while two persons sustained injuries as a speeding car hit them near Rajmahal Square in Odisha capital, today.

According to eyewitnesses, the car was heading towards Kalpana Square from Rajmahal Square this morning when it collided against an electric pole and then hit the trolley on which the deceased was selling banana.

The victim was grievously injured in the accident as he was seen lying on the road in a profusely bleeding state. He later succumbed to injuries on the spot.

The vehicle also hit a motorcycle and a passerby leaving two men critically injured. They were admitted to the Capital Hospital for treatment.

Tension ran high on the spot after the mishap as locals claimed that the driver of the car was in an inebriated state while driving the vehicle, which led to the accident.

Kumar Purnima: Here’s all you need to know about this Odia festival