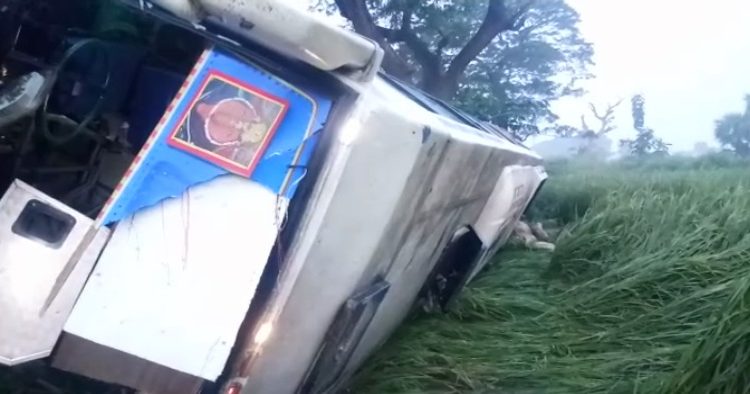 Dhenkanal: More than 30 passengers were injured after a Bhubaneswar-bound bus overturned at Pada Chhak under Hindol police limits in Dhenkanal district this morning.

The injured persons were admitted to Hindol, Rasol and Khajuriakata hospitals for treatment.

The incident took place at around 4.00 am on Thursday when the ill-fated bus was on its way to Bhubaneswar from Sambalpur district.

According to reports, the bus overturned after the driver lost control over the vehicle. Over 30 passengers were injured. One elderly person reportedly sustained fractures on his legs and hands. All the injured were later rescued and admitted to hospitals, an eyewitness said.

Outrage among devotees as Mahaprasad found in garbage bin in Odisha