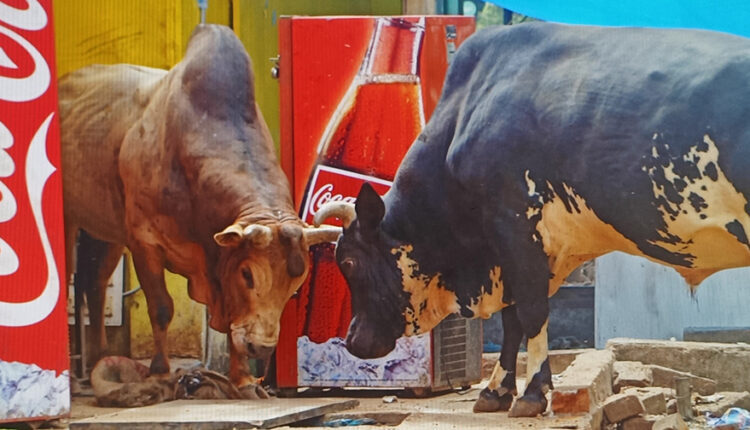 Bhubaneswar: Attack by a bull in Patia area of Odisha capital has claimed the life of an elderly man and left at least seven persons injured during the last two days.

The animal has been wreaking havoc in the area, leaving the denizens panic-stricken.

According to reports, the bull attacked one Sadashiv Sabar of Padmakesharpur in Patia by tossing him up in the air. As he fell down, the animal crushed him with its legs. The victim lost consciousness in the incident.

The elderly man was rescued by locals and rushed to a nearby hospital, where he was declared dead.

Yesterday, the bull launched attack on a woman near the Patia Railway Station by piercing her belly with its horns. She was critically injured and has been hospitalised. Her condition was stated to be critical.

Similarly, a young woman sustained critical injuries on her ear as the bull attacked her.

While at least seven persons have been injured, many had a narrow escape from being attacked by the bull.

As per locals, the bull had locked horns with another bull on Friday morning, after which it started acting violently.

The official had discussion with Bhubaneswar Municipal Corporation (BMC) authorities regarding the incident and appropriate action will be taken, the minister said.

I had directed CDVO, Khurda to look into the matter.

In this regard, CDVO has already had a word with @bmcbbsr
personnel and jointly they will take appropriate action at the earliest.