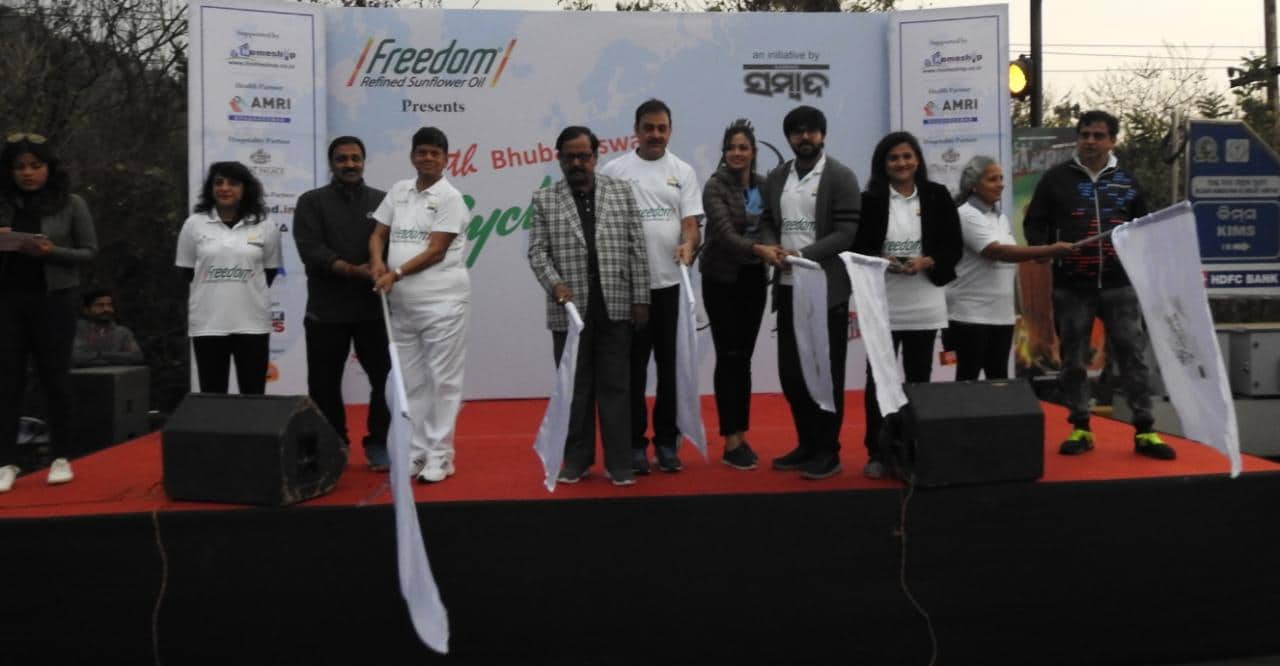 Bhubaneswar: Despite thunderstorm rain, the bicycle lovers in large number pedalled on the streets to spread a message on environmental pollution and encourage others the physical fitness formula.

“The event will give a message of self-confidence, self-dependence, self-esteem and will power to achieve the target. Unlike a motorcycle rally, there is no need for consumption of petrol or expenditure of money in the cyclothon. If your legs are strong, hands are on the handle and goal is firm, you can reach the Himalaya like Kalpana Dash,” said Soumya Ranjan Patnaik while addressing the participants.

“The goal behind organising the cyclothon is to give a message to everyone to remain physically fit, to be self-dependent and ride the bicycle to say no to environmental pollution,” he told media.

“This is undoubtedly essential for our society and it is an inspiring attempt for our new generation. Such kind of programme will definitely encourage all to make themselves as well as the environment fit by riding a bicycle. If we protect the environment, the civilisation will survive,” said the Finance Minister.

The participants at the cycling event started with the courage to enjoy the rainy and cloudy morning and reached the Kalinga Stadium via Jayadev Vihar.