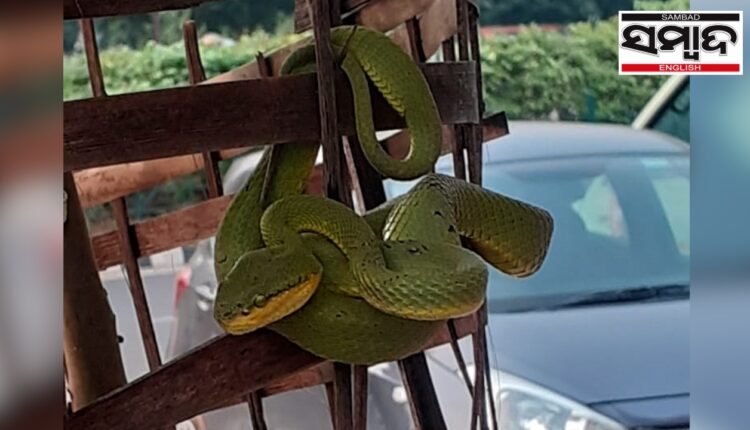 Initially, a furniture shop’s employee spotted the snake and sent its picture to the Snake Helpline.
Seeing the snake’s image Secretary of the Snake Helpline Shuvendu Mallick was a bit surprised as the Bamboo Pit Viper is usually seen in forest areas. But the Bapujinagar area does not any forest area, said Mallick.

The Snake Helpline Secretary further said in the past, Bamboo Pit Viper has not been rescued in Bhubaneswar. He informed anti-venom drug being produced in India cannot work on someone bitten by the Bamboo Pit Viper.

It was not clear how the deadly snake reached a crowded market place such as Bapujinagar.

Mallick said the rescued Bamboo Pit Viper will be released in the Chandaka forest with the help of Forest personnel.