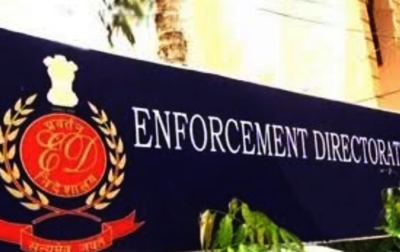 New Delhi: The Enforcement Directorate (ED) on Tuesday said that they have attached assets worth Rs 1.67 crore of a railway official in connection with a Prevention of Money Laundering case registered against him for possessing assets disproportionate to his known source of income.

The ED initiated money laundering investigation against Rabi Narayan Rath, Senior Travelling Inspector, Accounts, East Coast Railway, Bhubaneswar, on the basis of the FIR and charge sheet of the Central Bureau of Investigation.

In 2021, the CBI lodged a case against Rath under various sections of the Prevention of Corruption Act for possession of disproportionate assets to the tune of Rs 1.85 crore.

The ED learnt in the investigation that Rath had invested his alleged ill-gotten income, which was over and above his known sources of income, in acquiring various immovable properties and in bank investments in his name and in the name of his family members.

Further investigation in the matter is on.

Bandh in Odisha’s Nilagiri over chaining of Journalist Lokanath Dalei