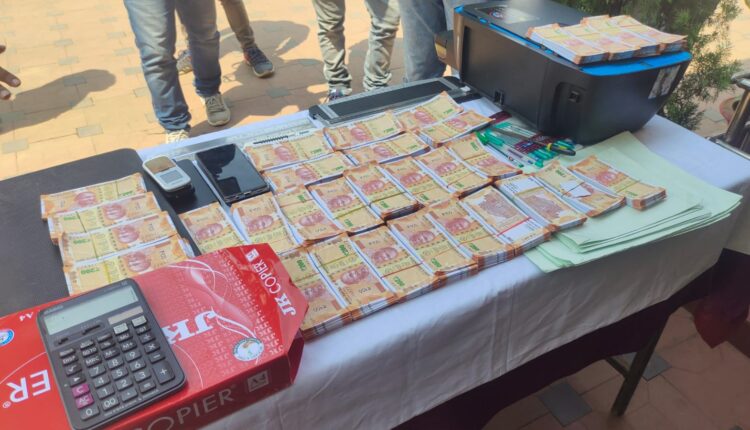 Bhubaneswar: The Twin City Commissionerate Police seized fake currency notes having face value of around Rs 7 lakh in denomination of Rs 200 and arrested two persons in this connection, an official said today.

The accused have been identified as Satyanarayan Prusty of Bhanjanagar and Bhula Pradhan of Jarada area in Ganjam district. They were apprehended from a hotel at Master Canteen here.

The accused duo had learnt the process of printing fake currency notes through YouTube. Later, they arranged the required materials and started printing the counterfeit currency notes, the police official said.

This apart, Satyanarayan Prusty has duped several persons of lakhs of rupees on the promise of providing them jobs by identifying himself as an officer. A related complaint was lodged by a victim, on the basis of which a case has been registered against the accused.

Satyanarayan had also exchanged the fake currency notes with the victims in return of original ones, the official said.

Acting on a tip-off regarding the presence of the two accused in Master Canteen area and their plans of circulating the counterfeit currency notes, a police team was formed and the duo was nabbed, the official added.

Tension escalates as thousands fight to get on trains leaving Kyiv