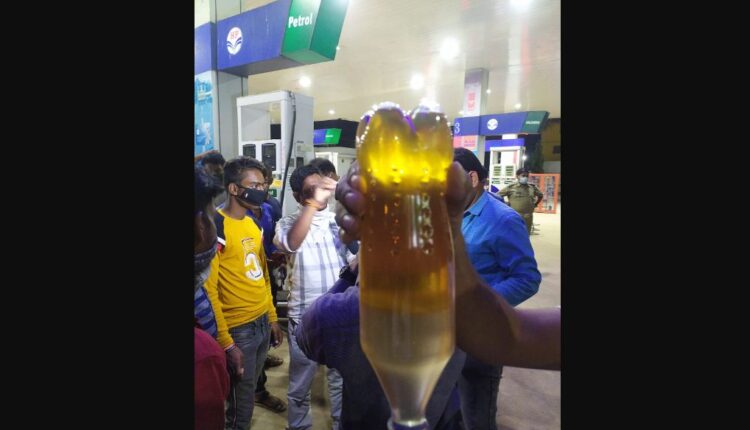 Bhubaneswar: A fuel station located opposite of the Kali Temple at Baramunda in Odisha capital has been sealed by the Khandagiri police as the outlet was allegedly selling diluted and adulterated petrol to customers.

Tension ran high at the fuel station last evening as several customers alleged that the outlet was selling them diluted and adulterated petrol. Creating ruckus, they also complained of damage to the engines of their vehicles after using petrol from the fuel station.