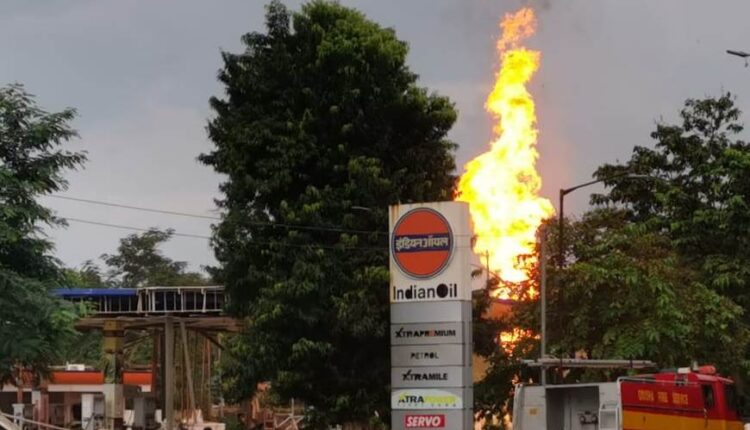 Bhubaneswar: The National Human Rights Commission (NHRC) today sought an Action Taken Report (ATR) from the Secretary of Ministry of Petroleum & Natural Gas and Odisha Chief Secretary in connection with the explosion at a petrol station near Raj Bhavan here on October 7 that killed a person and left several others injured.

Acting on the basis of a complaint lodged by human rights activist Radhakanta Tripathy, the commission has directed the two officials to submit the report within 4 weeks.

Notably, a major fire broke out at the petrol station as an underground fuel storage tank caught fire which led to the mishap along with an explosion.

Also read- What Led To Massive Explosion At Petrol Pump Near Raj Bhavan?