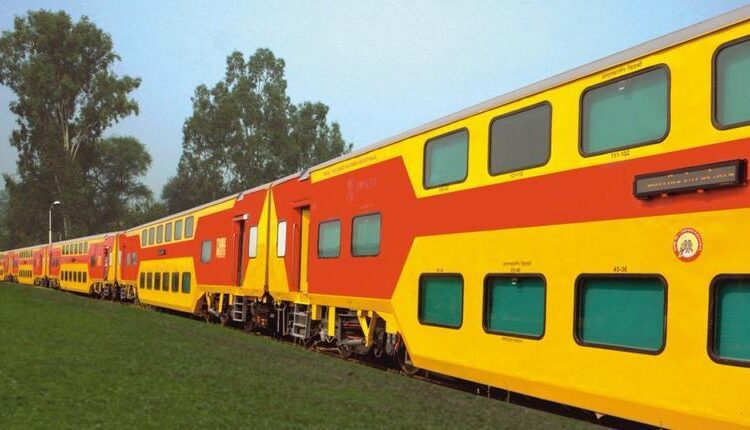 Bhubaneswar: While the train services across the country are expected to resume soon during COVID-19 pandemic, the Ministry of Railways is likely to run an AC double decker train between Bhubaneswar and Rourkela in Odisha.

This was revealed during a meeting of inter railway time table committee held recently in Bengaluru.

Sources said that the proposal for launching the double decker from Bhubaneswar to Rourkela has been discussed at the meeting. The AC double decker train that is suspended between Bhopal and Indore due to lack of passengers is expected to run on Bhubaneswar-Rourkela route in Odisha.

With operation of the double decker train, it will leave Bhubaneswar early in the morning and reach Rourkela in the afternoon via Dhenkanal, Talcher Road, Angul, Sambalpur city and Jharsuguda. After a short halt, the train will again return via same route and arrive at Bhubaneswar at night.

Similarly, one more MEMU train between Bhubaneswar and Cuttack and a new express train between Vishakhapatnam and Yelahanka are among the new proposals discussed at the meeting.

Following resumption of operation of train services, the decision will be taken on launching of new trains and expansion of trains.

Several trains running through Odisha cancelled due to…