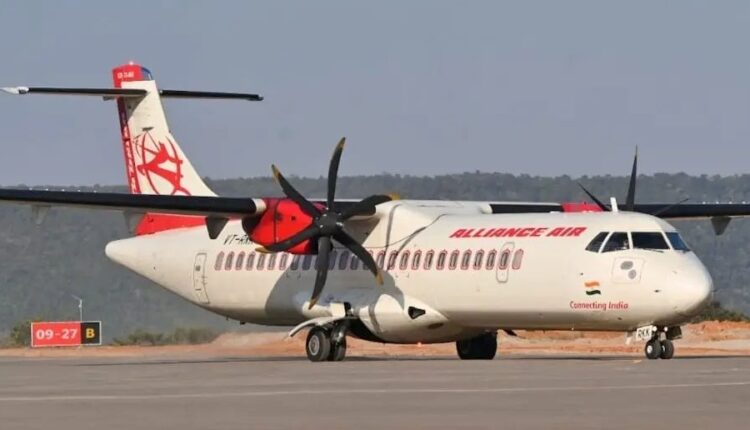 Rourkela: The long wait is over. The daily flight service between Bhubaneswar and Rourkela is all set to begin on January 7 (Saturday).

The first flight on the route, an ATR-72 aircraft of Alliance Air, will take off from Biju Patnaik International Airport (BPIA) in Bhubaneswar at 10.45 am on Saturday.

The flight will land at Rourkela airport at 11.40 am and begin its journey towards Bhubaneswar at around 12 noon. The aircraft will land at BPIA at 1 pm, sources said.

The airfare for a trip from Bhubaneswar to Rourkela has been fixed at Rs 2,830 while the same from Rourkela to Bhubaneswar is Rs 2,721, sources said.

An ATR-72 aircraft of Alliance Air successfully landed at Rourkela Airport at 3.20 pm on December 30 last year and took off for Bhubaneswar at 3.45 pm as part of the trial run.

The Directorate General of Civil Aviation (DGCA) has granted license to the Rourkela Airport for public use a few days ago.

Notably, several matches of FIH Men’s Hockey World Cup-2023 will be played at Birsa Munda Hockey Stadium in Rourkela. The state government had urged the Centre to make necessary arrangements for starting flight service between Rourkela and Bhubaneswar ahead of the hockey world cup.