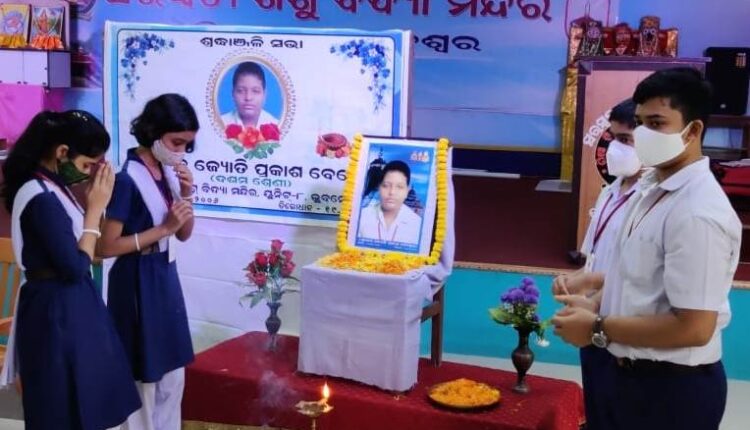 Bhubaneswar: A day after the recovery of the body of 15-year-old Jyotiprakash Behera, a Class-X student of Unit-VIII Saraswati Sishu Vidya Mandir who was swept away in a drain at Shatabdi Nagar here, his teachers and schoolmates mourned the demise of the minor boy in a condolence meeting at the school, today.

Mourning Jyotiprakash’s demise, a teacher said, “He had aspired to become a doctor. His dream will remain unfulfilled. I spoke to him hours before the tragic incident. It is hard to believe that he is no more.”


On September 19, Jyotiprakash of Baramunda area here went missing after he fell into the drain while going to attend tuition classes on a bicycle. His bicycle and a footwear were recovered from the incident site.

Search operation was launched by Fire services personnel to trace him. The body was found at a bush near a drain at Panchasakha Nagar here on September 20 morning.