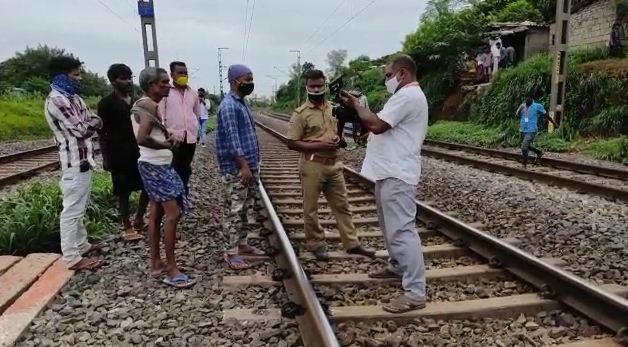 Bhubaneswar: In a shocking incident, a woman reportedly alighted from a car and ended her life by jumping in front of a moving train near Kargil slum in Odisha capital, today.

As per the father of the deceased woman, she was coming to her parents’ place near Ravi Talkies from Patrapada with her husband in a car. She got off the vehicle near Kargil Basti and stood on the railway track before a moving train, thereby killing herself on the spot, her father said.

Police have recovered the body and started an investigation into the incident. The reason behind the extreme step by the woman was yet to be ascertained.