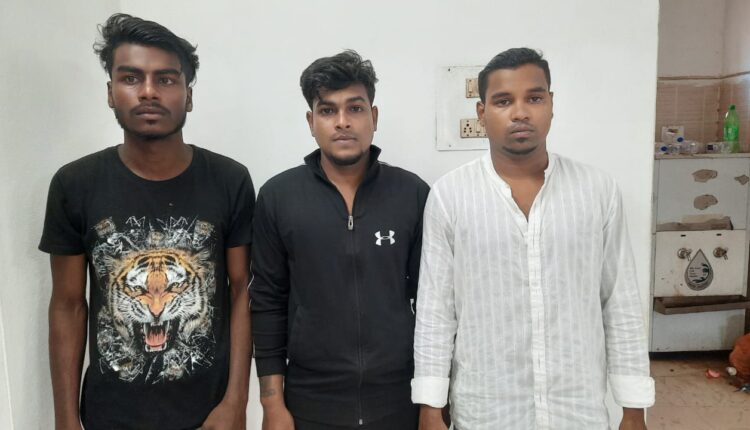 Bhubaneswar: A woman was allegedly molested by three youths while she was sleeping inside her house at Dhirikuti slum in Odisha capital.

On the basis of a complaint lodged by the victim, the Mancheswar police have arrested the three persons in this connection. The accused have been identified as Debashis Pradhan alias Malinga (24), Deepak Kumar Sethy (24) and Swadhin Kumar Nayak alias Sanu (22). All of them are residents of the city.

Deepak had on December 11 organised a birthday party in the evening. At around 2 AM, the accused entered the house of the woman while she was sleeping near her child, she said.

When she opposed their act, they thrashed and misbehaved with her, she said.

As she screamed for help, some neighbours arrived at the scene and rescued her.

The wrongdoers threatened the victim to kill her before fleeing the place.

They confessed to the crime during questioning by police and were forwarded to court.