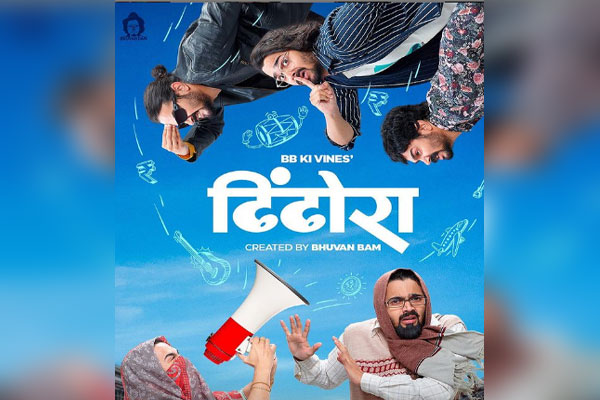 Mumbai: The independent web series ‘Dhindora’ headlined by YouTube star Bhuvan Bam, is getting renewed for a second season on YouTube.

The development has already begun and the shooting of the season is expected to take place at the end of 2022.

Commenting on the development, Bhuvan said in a statement, “We started ‘Dhindora’ with the simple aim to entertain the audiences with the same property, this time spun into a web show set around an interesting set of characters woven together in a story.”

He further mentioned, “The show was very well received by the audiences and we were grateful for all the love. We have already started work on the next season of this show and I’m excited to bring back those beloved characters back to everyone’s screens soon.”

The season one was directed by Himank Gaur who is soon all set to also helm Bhuvan’s first official OTT debut ‘Taaza Khabar’ with Disney+ Hotstar and is being produced by Rohit Raj, who is the co-founder of BB Ki Vines productions.

‘Dhindora’ is based on the real-life story of a middle-class family. The first season of the show consists of 8 episodes, which are available for streaming on YouTube.