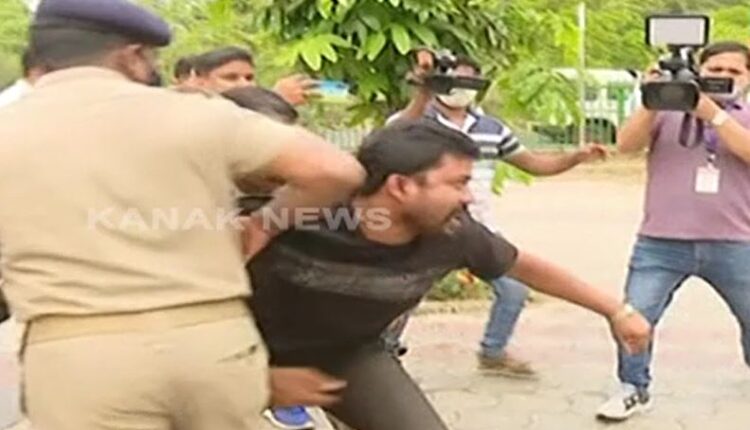 Bhubaneswar: In an unpleasant situation during Vice-President M Venkaiha Naidu’s visit to the state, four persons attempted to show black flags to him during his visit to Utkal University today.

Reportedly, four persons, including one -Amiya Pandav and Ganesh Sahu- attempted to show black flags to the Vice-President protesting the honourary D.Litt. degree conferred upon some of the prominent personalities.

However, police personnel deployed at the spot thwarted  the protesters’ bid and later detained them.

The protestors were later released.

Jay Bhanushali: Hosting shows gives actors chance to be ourselves