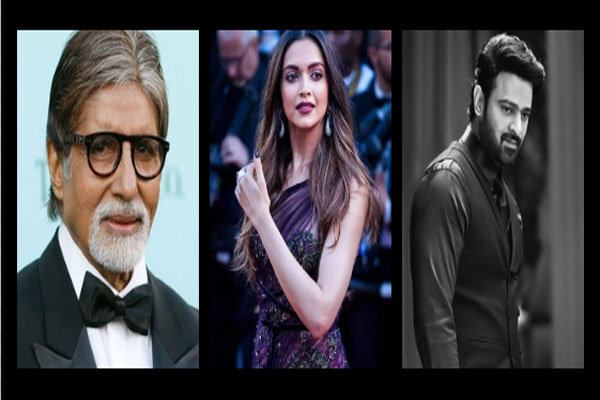 The film, which is directed by Nag Ashwin has been given the working title “K” so far.

Amitabh landed in Hyderabad, as the film’s muhurat was held on Saturday, on the auspicious occasion of Guru Purnima. For the muhurat shot, Prabhas sounded the clapboard on Amitabh Bachchan whose portions will be shot in the first schedule.

According to the film’s production team, Nag Ashwin will be shooting some crucial sequences with Amitabh and few other actors in the first shooting schedule, which commences on Saturday in Ramoji Film City, here. However, Prabhas will join the team later.

Prabhas had also posted the picture of the clapboard on his social media account and captioned it as: “On this #GuruPurnima, it is an honour for me to Clap for the Guru of Indian cinema! it now begins!! #ProjectK Amitabh Bachchan Deepika Padukone #NagAshwin Vyjayanthi Movies.”