Big B on shooting for ‘KBC 12’ amid the new normal 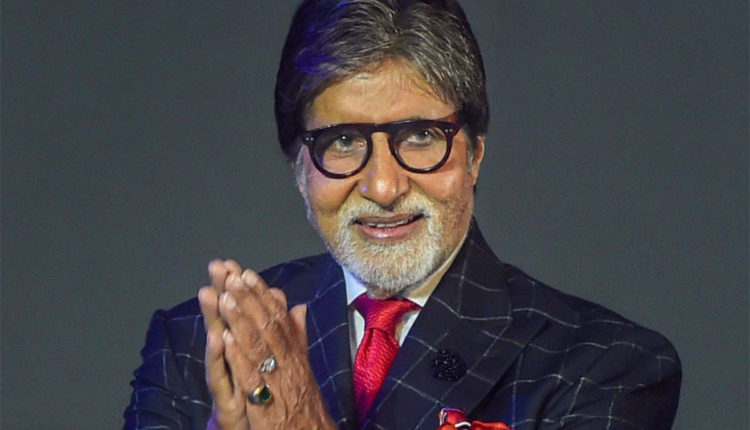 Mumbai: Having fully recovered from COVID, Amitabh Bachchan is back at work. He has started shooting for the twelfth season of the popular quiz show, Kaun Banega Crorepati.

The veteran actor posted a picture on Instagram, of the crew dressed in blue PPE suits and masks.

Big B shared a few more pictures from the shoot on his blog and described shooting amid the new normal.

“.. its a sea of limited BLUE on set .. quiet .. conscious .. each delegated work routine .. precautions, systems, distanced masks, sanitized and the apprehensions of not just what shall happen to the show .. but what shall the World look like after this dread Vid19 …. getting in front of the cameras again .. was it weird, different feel after this long furlough .. dunno …” He wrote.

He mentioned that there is a “loss of camaraderie”.

“No one speaks unless its work related .. its like a laboratory where some rather deep scientific experiments abound,” he mentioned.

Amitabh said that the “recognized faces” are “now unrecognizable”.

“And the doubts whether we are in the right place, with the right people .. but .. we muster up the fears and be on …. there is great consideration and care being extended .. all precautions carefully worked out and followed ..”

He says the precautions are now very severe.

“Precautions were there earlier too in times of distress .. but this time it’s severe… it’s personal .. this time they know its fatality, God forbid .. and that lingers .. the lightheartedness has sealed itself .. isolated .. do the do and leave,” he wrote.

The 77-year-old actor shared that he has been practicing breathing exercises.

“So masked and complete it was back from the floor .. to the floor of the gym .. yes miss it in the morning catch up at night .. nothing heavy or serious .. just to be able to be in the company of gym equipments .. just to be lifting walking bending freeing .. mobility .. silence then and pranayam .. the breathing insistent from the Hospital .. keep at it .. move the lungs, keep them healthy.”

“Hold the breathe for 45 secs minimum, borderline .. so I exceed that .. 70 secs .. good .. now the spirometer .. get those yellow red and green marbles floating up to the edge and holding for the count of five .. that’s the intake .. now reverse .. the exhale .. but only the yellow and red move .. green trembles but does reach the edge .. ah well… it’s late now to lament over,” he wrote.

‘Mirzapur 2’ to release on October 23