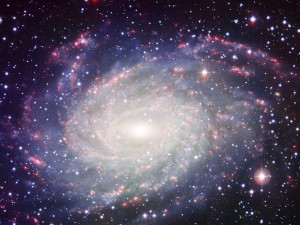 Indian astrophysicist Abhas Mitra who rubbished the much publicised claim by a team of US-led astronomers that they had obtained “direct” evidence for the Big Bang origin of the universe now feels vindicated after receiving support from a top theoretical physicist at Princeton University in the US.

In March, astronomers working with BICEP-2 (Background Imaging of Cosmic Extragalactic Polarization) radio telescope at the South Pole created a worldwide sensation with their startling announcement that they had detected gravitational waves generated in the first instants after the Big Bang.

This was claimed to be the long-sought “smoking gun” for the theory that the universe was born in a Big Bang and that its volume increased almost immediately by an unimaginable factor (of ten raised to the power 78) in what is known as “cosmic inflation”.

Even as the world was going ga-ga over the BICEP-2 result and Nobel prizes were being predicted for the discovery, Mitra, who’s with Mumbai’s Bhabha Atomic Research Centre (BARC), was the lone Indian scientist who firmly rejected the finding saying it was only a “smokescreen and not a smoking gun”.

“My rejection of the BICEP-2 result was based not on any crackpot bravado but on exact mathematical proof that the Big Bang universe can expand only with a uniform speed and the model simply does not allow inflationary or cyclic cosmologies,” Mitra told IANS. His peer-reviewed paper demolishing the BICEP-2 result was published in the “New Astronomy” international journal.

Now, Mitra says he stands vindicated as “the BICEP-2 propaganda balloon has been punctured” by none other than Paul Steinhardt, a top theoretical physicist at Princeton. Steinhardt, in a June 3 report in the prestigious “Nature” journal, has pointed out “serious flaws in the analysis” of data by the BICEP-2 team and described its claim of having detected the gravitational waves as “premature hype”.

The BICEP-2 team identified a “twisty” pattern in its maps of the polarization of the cosmic microwave background and had concluded that this was a detection of primordial gravitational waves, Steinhardt said. But “a careful re-analysis by scientists at Princeton University and the Institute for Advanced Study, also in Princeton, has concluded that the pattern observed by the BICEP-2 team could be the result mostly or entirely of foreground effects without any contribution from gravitational waves”, Steinhardt added.

The BICEP-2 instrument detects radiation at only one frequency and so it cannot distinguish the cosmic contribution from other sources. Steinhardt said that “other effects, including light scattering from dust and the synchrotron radiation generated by electrons moving around galactic magnetic fields within our own galaxy, can also produce these twists.”

For Mitra, it is not the first time he challenged theories of mainstream cosmologists and succeeded.

His earlier research had claimed that the so-called Black Holes proposed by the famed British physicist Stephen Hawking must be “grey holes” and not exact Black Holes, and that the so-called Dark Energy theory that won the Physics Nobel in 2011 must be an artefact rather than a real entity. His views remain uncontested till now.