Big dreams on silver screen for this Odia girl 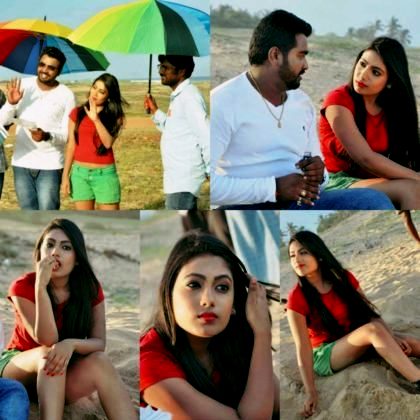 Bhubaneswar: A little nervous and a lot of excitement, said Odisha-born Sindura Rout as her first movie, Marodrushyam, in Telugu hit the theatres today.

This 17-year-old dusky beauty from Bhubaneswar has shifted base to Hyderabad with offers pouring in from Tollywood. “Within three months of shooting for Marodrushyam, I signed my second movie,” she said.

Marodrushyam is a science-fiction thriller. Sindura stars opposite Tollywood actor Rajendra Prasad, who also wore the director’s cap, in the movie. “I have strong and glamorous role in the movie,” she said.

Sindura owes her first break in movies to a print ad shoot in Mumbai. “The makers of the movie had seen an audition tape of mine circulated by the ad agency I earlier worked for. After auditioning 500 girls, they finally zeroed in on me,” she said, adding that it was script that made her sign the movie.

The second ‘untitled movie’ with Aditya Srivastav and Meka Srikanth is in post-production stage and she has already finished dubbing for it. “It is a film based on zombies,” she said.

This Odia girl credits her directors for helping her with dialogue delivery and expressions as she still has to get a grasp over Telugu. “I have dubbed for both the movies and it’s lot of effort. I am slowly learning the language,” she said.

The expressive eyes has also got her a role in a Hindi music album. “I will soon be flying to Shimla for the shoot. It is a romantic track by Bollywood singer Alka Yagnik. I am all excited to shoot in chiffon sarees like the heroines in Yash Chopra directed movies ,” she said.

She is also equally keen to act in Ollywood or the Odia film industry provided the right kind of script comes her way.

With Sindura celebrating her 18th birthday this January, we wish her the best in the glamour world!

These Russians performing Sambalpuri folk dance will make you applaud!

25 CNG stations to come up in Bhubaneswar, Cuttack