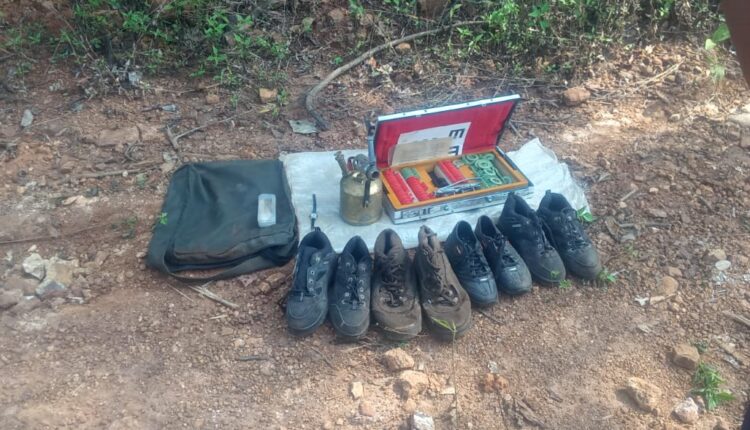 Malkangiri: As two days are left for the Republic Day celebrations, security arrangements have been tightened across Odisha. During a combing operation, the security personnel recovered a large quantity of explosives concealed under a stone pile in Malkangiri district today.

On basis of a specific intelligence input, a joint team of the Border Security Force (BSF) and the Malkangiri District Police launched an operation. During the search, the team of security personnel busted a Maoist camp near Totaguda in the district. They recovered seven improvised explosive devices (IEDs) and explosive material hidden under a stone pile from the spot and defused them.