Bigg Boss 15: This is what Rakhi Sawant said after husband Ritesh got evicted 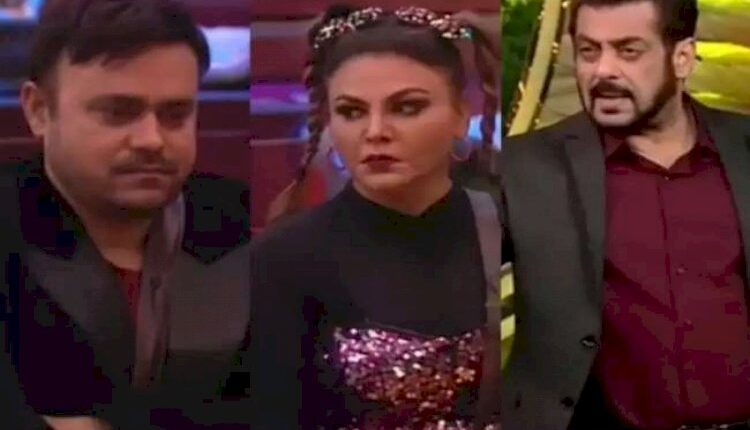 Mumbai: Rakhi Sawant was shocked and worried when during the ‘Weekend ka Vaar’ episode of ‘Bigg Boss 15’, host Salman Khan announced the eviction of her husband Ritesh due to getting lesser number of votes.

Rakhi ran behind him while Ritesh was leaving the house. It seems that moment was not easy for Rakhi. She was emotional and requested him not to go anywhere leaving her all alone. She was apprehensive he would fly off to Canada or some other place.

While shedding her tears, she said: “Don’t leave me and elope to Canada or anywhere.” She even held his leg and added: “You will leave me.”

Salman also told Rakhi that Ritesh won’t go anywhere leaving her alone. Salman had earlier told Ritesh that his behaviour with Rakhi is responsible for his eviction.

Later, Rakhi shared her feelings with Devoleena, saying that she won’t be able to live without Ritesh. She even blamed herself for nominating him as she felt it resulted in Ritesh’s eviction.

This ‘Weekend ka Vaar’ episode of ‘Bigg Boss 15’ ended with the elimination of Rakhi Sawant’s husband Ritesh and Rajiv Adatia.